Winner of the Green Coast seaside award, Rhosneigr beach is just a 20-minute walk from the railway station. With two broad sandy beaches, it is a thriving centre for watersports enthusiasts and is popular with families seeking a traditional day out at the beach during the summer.

A Site of Special Scientific Interest (SSSI), Maelog Lake is even closer – less than ten minutes walk from the village. Here you can follow an accessible boardwalk through the reedbeds to catch a glimpse of the lake’s wild residents. History buffs will be interested to learn it was also the site of a bustling shipbuilding industry, established in the late 18th century.

When it began operations in 1941, the nearby airbase at Valley was actually named RAF Rhosneigr, in keeping with a RAF tradition that named them after the closest railway station. 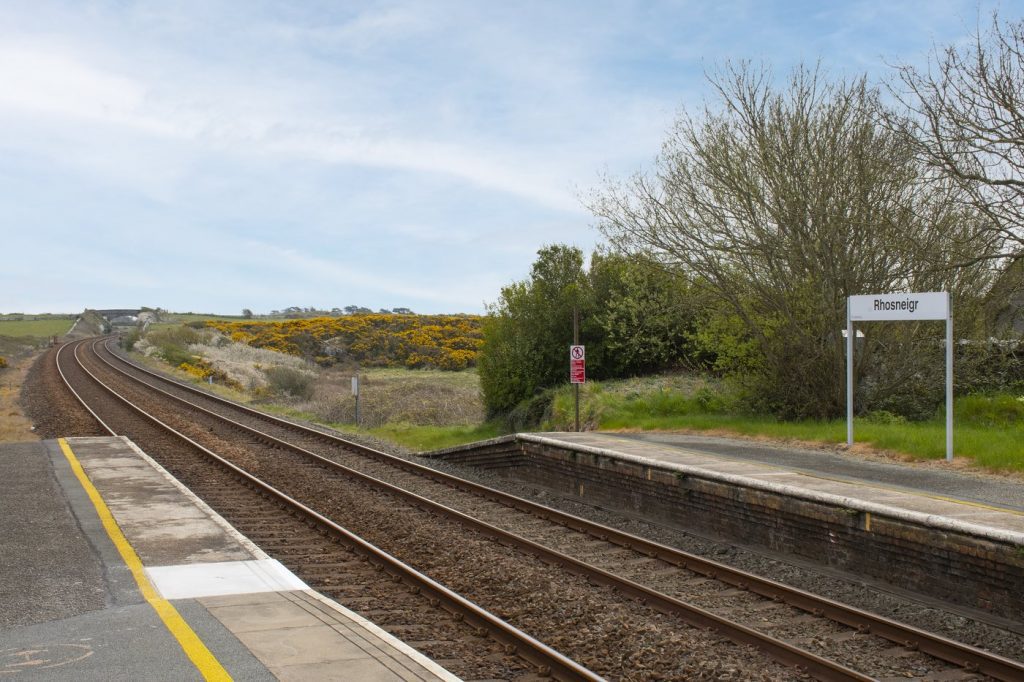