Llanfairfechan railway station opened in May 1860. It was built by the London & North Western Railway (the organisation instrumental in the development of the Conwy Valley railway) as a stop on the Chester to Holyhead main line.

A station of significance, it consisted of two platforms, a goods yard, signal box and a large station building on the eastbound platform. Whilst it lost its goods service in 1964, the station remained open for passengers.

Sadly, the station building was demolished in 1987 and the remaining infrastructure adjusted to allow for the A55 North Wales Expressway which now runs parallel with the Chester to Holyhead line. The road now runs through the site of the former station building.

The original station footbridge still stands, but the other surviving structures all date from the 1987 alterations.

The village is a popular stop for walkers, cyclists and families. It also has convenient links to the North Wales Coast path, with options to explore either the Carneddau or the coastline sections of the path. 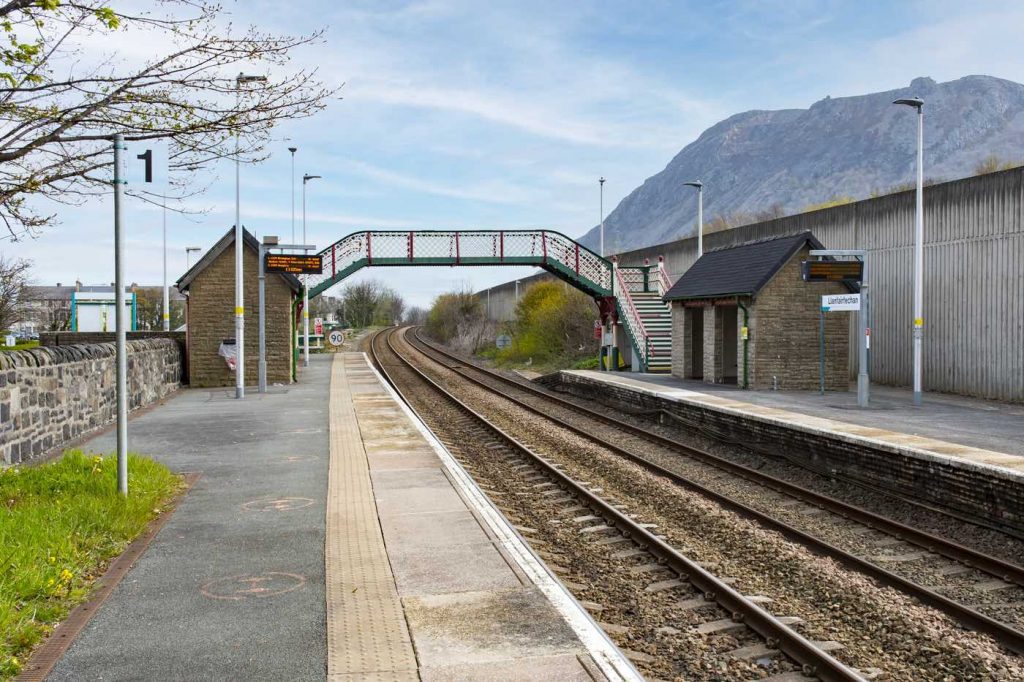