Coming to an end 105 miles west of Crewe and managed by Transport for Wales, Holyhead railway station is the western terminus of the North Wales Coast Line. This little port town on the tip of the island has always been an extremely important stopping point on the journey to Ireland.

Today the station welcomes passengers on a number of services from all over the UK, including a daily service between London-Holyhead operated by Avanti West Coast.

By the time the railway reached Holyhead in 1848, it was already a well established port; the largest settlement in Anglesey in fact. The original station was opened by the Chester & Holyhead Railway in 1848 but it was replaced by the London & North Western Railway company in 1851 – you can still see the roof of the ‘new’ building today.

When the railway came to Holyhead, trains ran right down to the waterside. Today the station still has links to the sea as it adjoins Holyhead Ferry Port – the UK’s busiest sea link to Ireland.

Holyhead town and the surrounding area has lots to see and do, and is much more than just a stopping point on your journey. Cross the pedestrian footbridge, the aptly named Celtic Gateway, and begin exploring. In downtown Holyhead you’ll find a good selection of shops and cafes as well as a fascinating maritime museum charting the history of Holyhead. 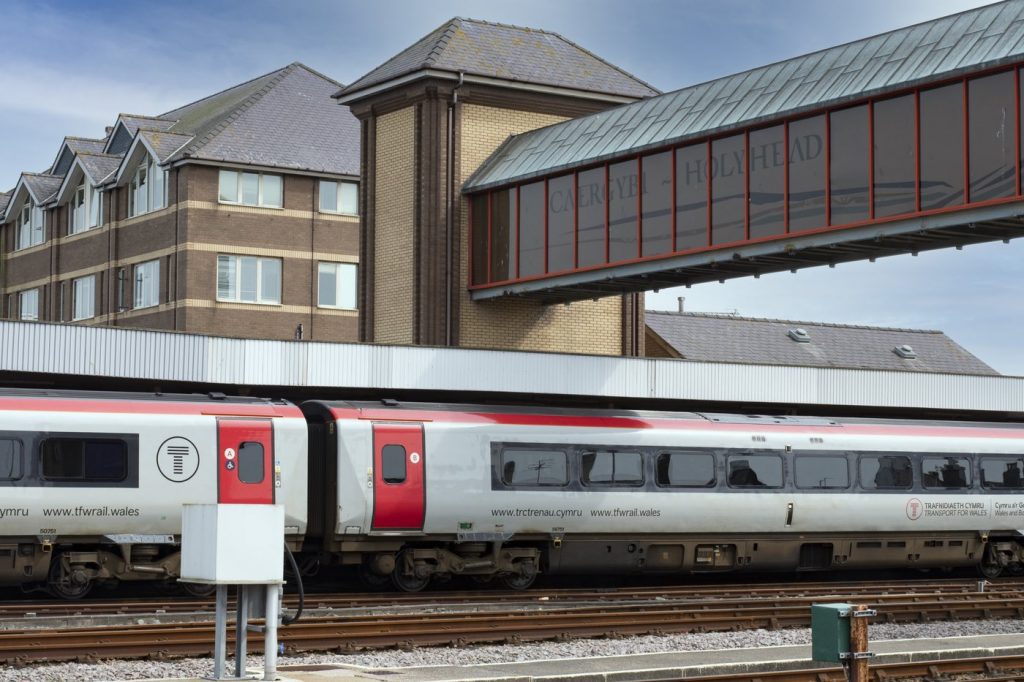