Situated within a few steps of Conwy Tourist Information Centre, Conwy railway station was opened on 1 May 1848. Despite being a busy line in a bustling tourist town, between 1966 – 1987, the station was closed as part of an initiative to increase rail efficiency, but has been open ever since as a request stop.

The original station consisted of substantial, mock-Tudor style buildings on both sides, with canopies and a footbridge. However, following refurbishment in 1987, the station is now unstaffed, with only basic amenities. That said, the surroundings are spectacular.

The station is on the periphery of the castle walls, which were built by Edward I of England between 1283 and 1289. Conwy Castle is one of four medieval fortresses that form the ‘Iron Ring’ of castles built during Edward’s reign to ensure control over the native Welsh people living in the area; the other castles are Caernarfon, Harlech and Beaumaris. The walls remain in fantastic condition, and the castle is just five minutes’ walk away.

Boasting a wide selection of tourist attractions, independent shops and tempting eateries, this historic market town is the perfect destination for a day out. As well as the iconic castle and town walls, no trip is complete without a visit to the working quayside and the town’s numerous Medieval and Tudor buildings. 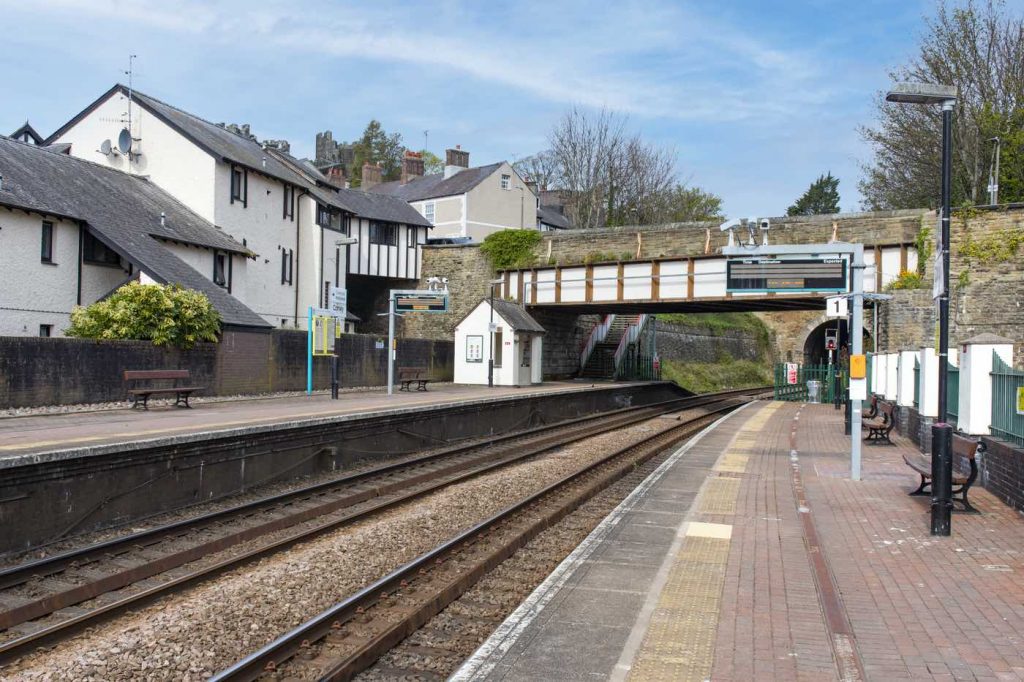