From The Big City To The Big Mountains In A Day

Although the magnificent North Wales scenery seems a world away from the bustle of everyday life, it’s more than possible to immerse yourself in its beauty for a day from as far away as London, while Manchester and the North West are within easy reach of the mountains. 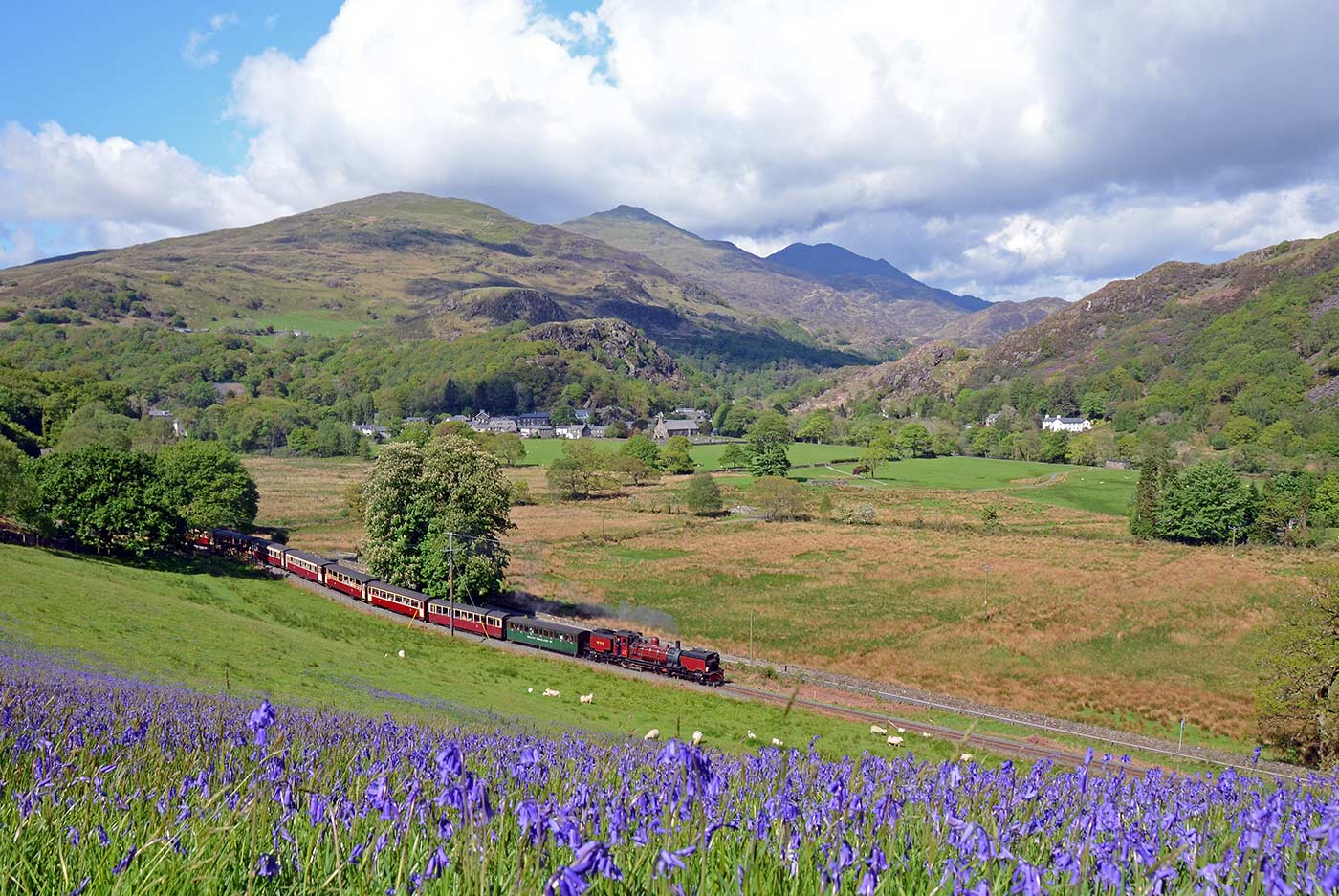 The 06:36 Avanti West Coast service from London Euston calls at Crewe just after 08:00. Change here for the Transport for Wales service to Chester to join the North Wales Coast to Llandudno Junction. Changing here, the train gets smaller, the pace slows and you get a taste of what’s to come as the train winds its way along the Conwy valley and Snowdonia starts to unfold in all its glory.

At Blaenau Ffestiniog the Transport for Wales train and the Ffestiniog Railway steam service stand side by side. Tickets for the Ffestiniog and Welsh Highland Railway can be bought at the booking office on the platform or on the train. Ride the ‘Mountain Spirit’ loco down to Porthmadog as it clings to the hillside high above the Vale of Ffestiniog and offers views out to the sea and the great castle at Harlech.

The last mile in to Porthmadog is said by many to be the best mile of the journey as the train crosses the huge sea wall known as The Cob which stretches right across the estuary and presents an outstanding vista of Snowdonia inland. 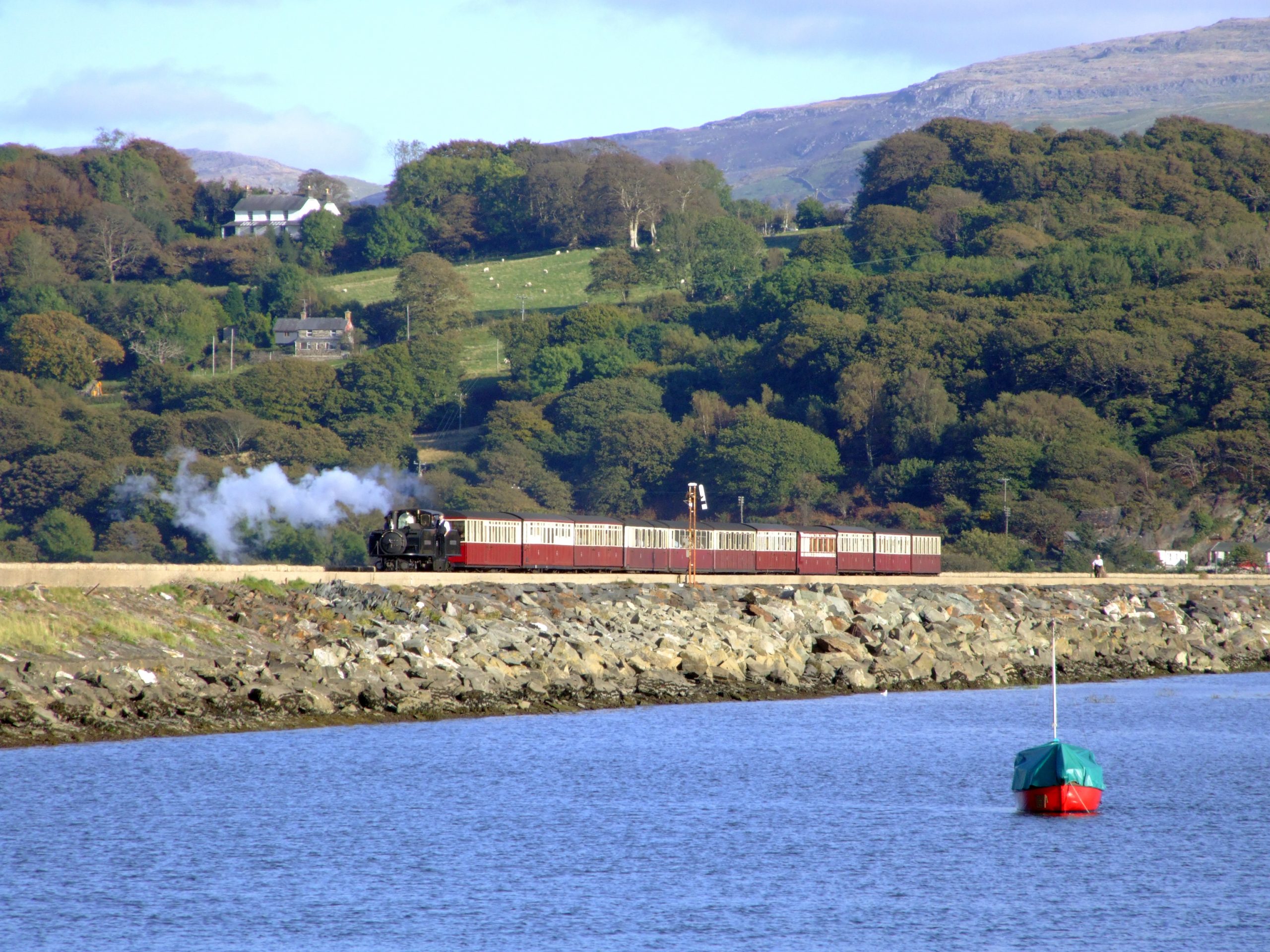 On arrival in Porthmadog there is a great café on the station itself to grab yourself a refreshment before departing the 1415 Welsh Highland Railway service to Caernarfon on the magnificent Snowdonia Star.

The Welsh Highland Railway is something different again. Leaving Porthmadog there is a five mile run across land reclaimed from the sea 200 years ago, before the train threads its way through the Aberglaslyn Pass – voted Britain’s most beautiful place by members of the National Trust. 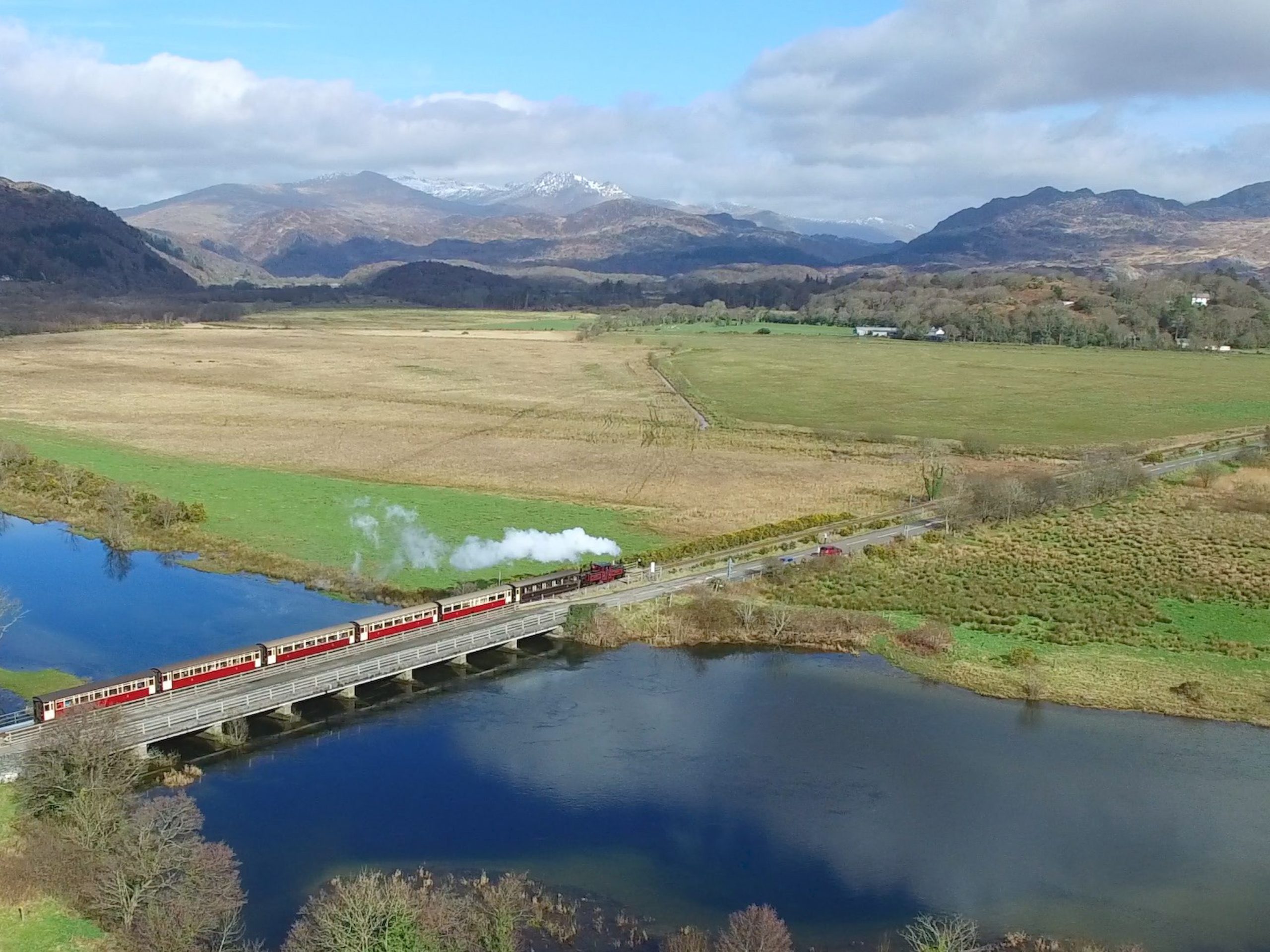 There is a long climb up the western foothills of Snowdon before reaching the summit of the line at Rhyd Ddu. A climb rewarded by views of the stunning Gwyrfai valley as the train drops down towards Caernarfon and its station next to the imposing world heritage site of Caernarfon castle.

A short walk across the Castle Square, Y Maes, allows you to board the 16:50 Arriva 5C bus to Bangor station where you can catch the 18:07 service to London Euston, where you arrive at 22:33. Now that’s what we call a grand day out…

Plan your great adventure with the Trainline.