Before we get into Llanrwst and its charms, we need to clear something up so you don’t get confused by a perfectly pleasant day out! This pretty riverside community has not one, but TWO train stations (Llanrwst and North Llanrwst) so make sure you know where you need to alight. Llanrwst station is just a short walk from the town square and is the principal stop for the town. North Llanrwst is situated on the outskirts of the town and is a pleasant ten minute stroll to the town square.

Llanrwst is an historic market town deep within the Conwy Valley, banked by the mountains of Snowdonia on one side and the rolling hills of the Mynydd Hiraethog on the other. An air of tranquility surrounds this authentically Welsh town, making it a lovely place to spend the day. 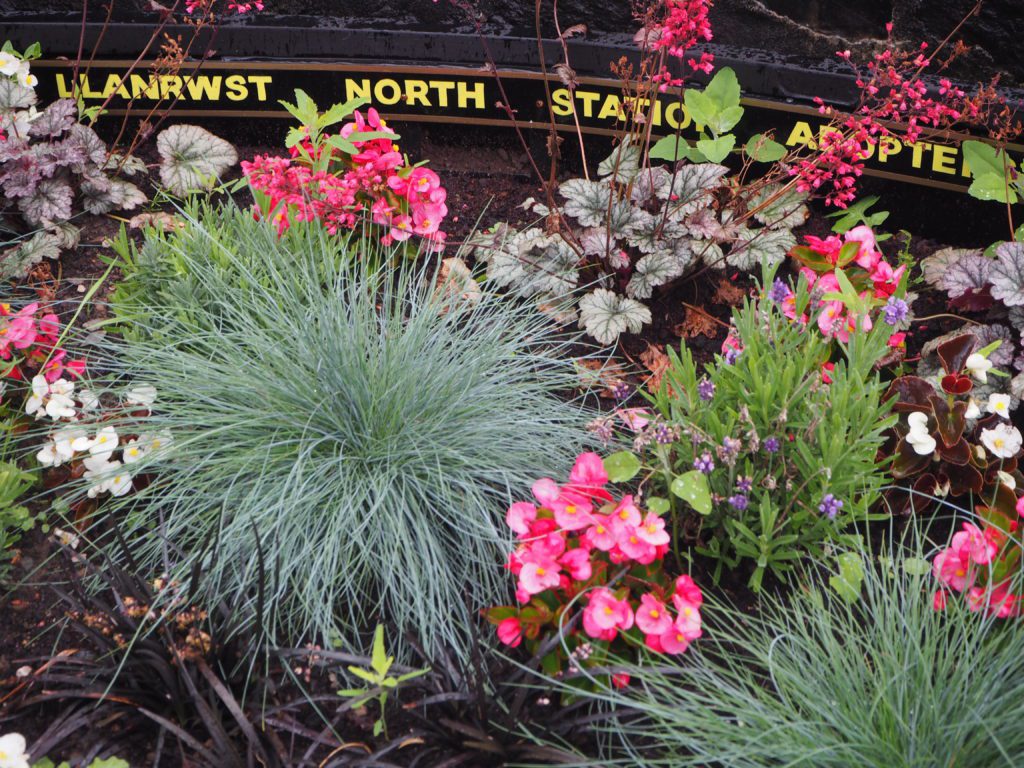 North Llanrwst: the station was officially opened in June 1863 as a terminus for the Conway & Llanrwst Railway. In 1867, the LNWR (London & North Western Railway) took over the line and the station was re-sited in 1868. The LNWR extended the line to the village of Betws-y-Coed in 1869.

In 1884, the two stations were renamed – Llanrwst and Trefriw – but in 1974, the change was reversed and the station reverted to its original name of Llanrwst (which has since been amended to North Llanrwst!). The village of Trefriw is just a few miles from Llanrwst on the far bank of the River Conwy but can still be accessed on foot via the nineteenth century Gower Suspension Bridge. Why not check out our Llanrwst-Trefriw circular walk here?

Llanrwst: the town’s main railway station has a smaller sibling, namely Llanrwst station. A relative newcomer on the historic Conwy Valley Line, British Rail opened it in 1989. This station, much closer to the modern-day town centre than North Llanrwst, is now the main stop for Llanrwst and all services call here.

History of the town

Llanrwst has an interesting history. Today, the town’s main revenue comes from tourism but it developed as a centre for agriculture, in particular the wool trade, during the Middle Ages. In fact, for many years, the price of wool for the whole of Britain was decided here.

During the 13th century, Edward I of England – infamous for his systematic conquest of Wales – actually aided in the development of Llanrwst by prohibiting any Welshman from trading within ten miles of Conwy, one of the sites of his castles. While Conwy was the domain of English merchants only, in Llanrwst Welsh trade and commerce flourished.

In 1610, the Llanrwst Almshouses were built by local landowner Sir John Wynn. Wynn’s philanthropic project was intended to alleviate the suffering of the most poor in his parish and functioned as a place of refuge for over three hundred years. The almshouses shut their doors in 1976 and fell into disrepair but were restored in 1996 with the aid of Heritage Lottery Funding. The funding allowed for the opening of the building as a museum of local history. You can visit the almshouses today, just follow the alleyway from the town square towards Llanrwst’s parish church, St Grwst’s.

If you’ve got a few hours to spare, a lovely way to take in the sights of Llanrwst is to follow a town trail. This short walking trail takes in some of the town’s most important and historic landmarks.

Take your time, stop off for a panad (a hot drink) and browse some of the Llanrwst’s many independent shops as you walk!

This building, located in Ancaster Square, dates from the late 17th century. In 1711, harp maker John Richards was born here; his patrons included King George III’s lovely wife, Queen Charlotte. It’s likely that John Richards was the maker of a harp on display in the V&A Museum in London. The harp is extraordinarily detailed and bears the initials ‘JR’. The V&A harp was once owned by Lady Llanover, an important patron of Welsh arts during the Victorian era.

In 1891, there was a newspaper in circulation across the pond for Welsh Americans, called Y Drych. One early 20th century edition states the King’s Head Hotel had been sold to its tenant, Mrs Owen, for the sum of £1,625. The newspaper remarked (in Welsh): “There must be profit in selling drink to fools”.

Nestled on Denbigh Street, this building is now home to Tŷ Asha Balti House, an award-winning Indian restaurant. This building was once a draper’s shop called Regent House, notable for being the tallest building in Llanrwst. So tall, in fact, the local fire brigade used the building for ‘fire escape practice’ in the 1900s!

William John Williams was the draper in residence at Regent House. He was a well-respected public official, holding the offices of magistrate, Liberal councillor and chairman of the district council. His business supplied the local workhouse with shirts, coats and vests.

One of William’s children, Richard, married a lady named Jennie in 1906. After a Llanrwst ceremony, the newlyweds left for the USA. Richard (known locally as ‘Dick Regent’) began a management role in an LA department store, writing cinema scripts in his free time. One of his scripts, Charlie Chaplin Enlists, was accepted by Chaplin himself!

This church still stands on its original site despite being built in the 1470s. The location was chosen for the church as far back as 1170, when Rhun ap Nefydd Hardd (whose father founded one of the fifteen noble tribes of North Wales) donated land for a new church dedicated to Grwst the Confessor. The church went on to enjoy unprecedented patronage and support for many centuries.

Rhun’s father, Nefydd Hardd, was responsible for the death of young Prince Idwal of Gwynedd. The prince received an invitation to hunt with Rhun when he was set upon and drowned by bandits in the pay of Nefydd. Idwal’s father was heartbroken and ordered that the site of his son’s death would honourably bear Idwal’s name forevermore. Rhun was so ashamed of his father’s actions he paid penance by founding the church at Llanrwst.

Today visitors in their thousands flock to walk and enjoy the scenery around Llyn Idwal in the Snowdonia National park. It is said that no birds fly or sing above the lake as a mark of respect for the young prince.