Journey with us down the Conwy River

The Conwy River is far from a significant river in the UK. It’s a long way from being the longest in Wales. Yet what it packs into its 27 miles is incredible – waterfalls, fairy-like grottoes, ancient bridges and coastal beaches – not to mention Conwy Castle guarding its exit to the sea.

The Conwy Valley Railway follows its length as far as the Migneint Moorlands to the south. Why not take the train and explore this wonderful river?

The Source of the Conwy River

On the moors high above the slate quarry villages of Penmachno and Ysbyty Yfan is Llyn Conwy, the source of the Conwy River. If you’re on cycles you can make it here from Betws-y-Coed station, but you’ll need to be fit!

Follow the A5 east out of the village, turn right for Penmachno (past the entrance to Conwy Falls) and follow this road through the village and up onto the moors.

At a large house (is there a more lonely house in Britain?), take a track on the right and follow this as far as Llyn Conwy, 450m above sea level. Now you’ve made it this far, how far can you follow the River Conwy to the sea?

Three of the River Conwy’s main attractions are close to each other, and walkable from Betws-y-Coed station. Some road walking is unavoidable and you’ll need to take care on short stretches of the busy A5 and A470.

The rewards are worth it though – two splendid waterfalls, mixed woodlands, an ancient bridge and the magical grotto of the Fairy Glen. Give yourself as much time as you can for this walk so that you can include stops, diversions, and lunch at the Conwy Falls Cafe.

From Betws-y-Coed station, turn left onto the A5 and then right at the Cotswold Outlet store. Follow this minor road south for one mile, out of the village and through the forest, following the route of the River Conwy (and under the Conwy Valley Railway).

At the junction with the A470 turn left, carefully cross the bridge (no pavement) and then take the track on the right. This leads to an archway where you pay 50p to enter Fairy Glen. There’s a viewpoint and a gorge-top path to explore.

Now for Conwy Falls. Turn right on a track and follow this as it becomes a path, through the woods until you reach the A5. There is a roadside footpath here which brings you to Conwy Falls Cafe and the entrance to this site, at the junction of the Penmachno road. This is the spot for some lunch!

Once fed and watered, there’s another small fee to pay (£1) to enter the Conwy Falls site. The best paths head left and loop along the top of the gorge. Once you’ve completed the circular walk head right down the Penmachno Road and after about 800m turn right at some buildings.

This wonderful ‘back road’ is usually quiet, so take your time. Just past the old Penmachno Woollen Mill you cross the River Conwy just below Machno Falls. Look downstream for the medieval packhorse bridge, now green with moss and ferns.

Follow the road downhill. A layby gives you a terrific view up the gorge and just beyond paths through the trees lead to a fish pass and more views of the river. Return to the lane, ignore left and right turns and reach the A470. Turn right and follow the footpath back to the next left turn, the minor lane back to Betws-y-Coed.

Bridges old and new, using all kinds of construction methods, span the River Conwy. Starting at Betws-y-Coed and heading north to the sea, you can explore the following: 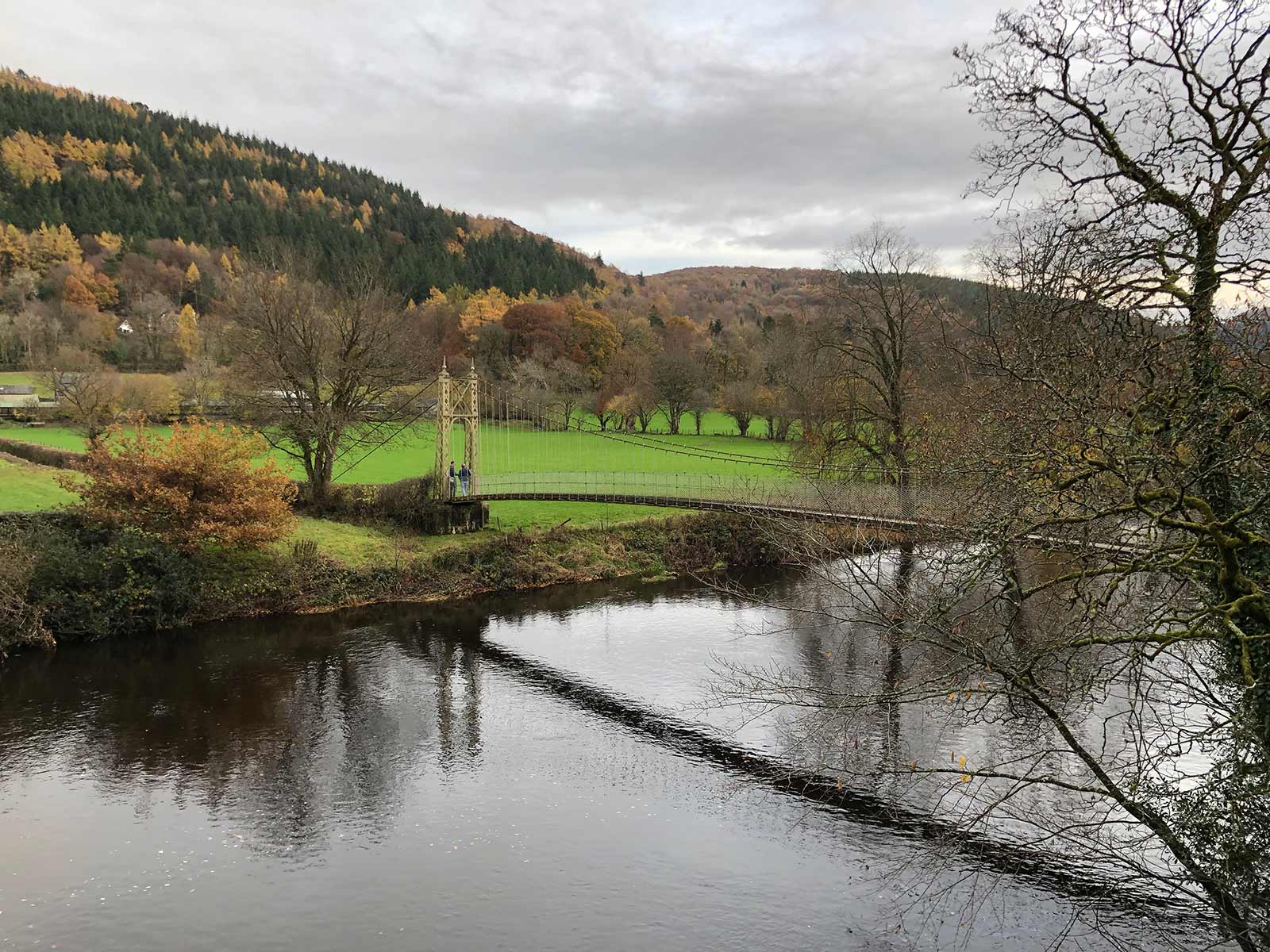 No experience of the River Conwy is complete without trying its tasty mussels! Visit Conwy Mussels shop and purification unit next to the lifeboat on Conwy Quay (hop off the train at Llandudno Junction and enjoy the scenic walk across the road bridge or disembark in Conwy town).

Instead of potentially damaging dredging, Conwy mussels are harvested by hand-raking, using 20ft-long poles and skill handed down generations. Mussels are washed, purified, washed again, handpicked and weighed before being sold to the public and some of the top restaurants around the world. To try them locally, head for Paysanne Restaurant or the Quay Hotel, both across the river in Deganwy (and a request stop on the Conwy Valley line).

And finally, beaches and the sea

Two pleasant beaches guard the sea entrance of the River Conwy. On the Conwy side, Morfa Conwy is hidden away by dunes. It can be reached on foot from the Conwy Valley Railway by alighting at Deganwy and following the coastal footpath which crosses the River Conwy before winding its way from the quay around the Beacons headland.

On the other trackside of the river, Deganwy beach is just a few yards from Deganwy station. Continue walking north along the coastal path and you soon reach Llandudno’s sandy West Shore, quieter and more natural than the busy North Shore.

There are many other spots along the Conwy Valley where you can admire the river. The best advice we can give is to spend some time here, hop on and off the train and discover your own special section of the River Conwy.