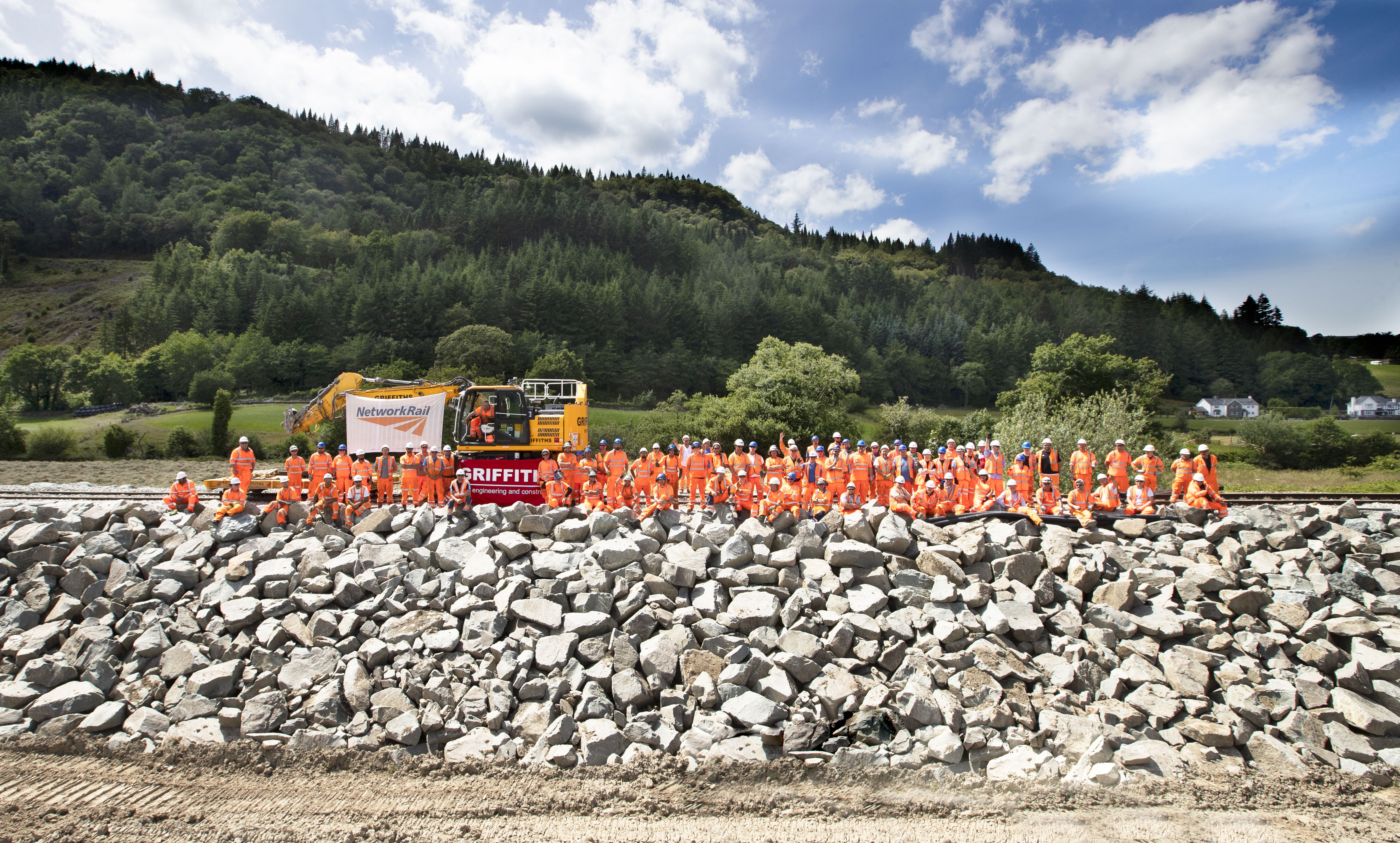 Network Rail and its principal contractor, Alun Griffiths (Contractors) Ltd, are working together to reopen the Conwy Valley Line for passengers ahead of the National Eisteddfod in Llanrwst.

Llandudno Junction to Llanrwst North will re-open for passengers on Thursday 18 July and the remainder of the line will re-open on Wednesday 24 July.

The line, which runs between Llandudno Junction and Blaenau Ffestiniog, was closed on 16 March due to significant flooding, caused by a combination of high tide and a low-pressure system following storm Gareth.

Since the closure of the line, teams have removed washout materials, replaced ballast, refurbished level crossings, designed and installed flood culverts and constructed embankments, to safely restore the track.

Dolgarrog station will remain closed for the time being while the flood damaged platform is replaced.

As well as major restoration work, Network Rail has increased the line speed through Maenan, on the section of the line between Dolgarrog and Llanrwst North, from 30mph to 45mph.

During the closure, Network Rail took the opportunity to complete a range of maintenance and renewal activities, including reviewing this speed restriction, which has been in place following a washout in the 1980s. The line has now returned to 45mph, providing a more reliable service to passengers.

Despite it being emergency work, Network Rail and Griffiths committed to using local suppliers for everything from rebar and concrete to food suppliers, including having 9,500 tonnes of rock armour and 3,000 tonnes of ballast delivered from nearby quarries.

Sustainability was a priority for the project, with 91 per cent of the washout material removed from site during the project recycled and approx. 5,000 tonnes of topsoil reused on site.

All staff working on the project are within one-hour travel distance to the site and all vegetation and tree stumps have been given to a local recycling facility in the Valley to be turned in to biomass.

Bill Kelly, route director for Network Rail, Wales and Borders, said: “We would like to thank passengers and the local community for their patience while we worked to repair the extensive damage to the Conwy Valley Line.

“We recognise the importance of the National Eisteddfod to Wales and we are delighted to be able to reopen the line for passengers ahead of this fantastic event.

“We have worked closely with our partner, Griffiths, to complete this major repair work on the line and with Transport for Wales, to keep passengers moving with rail replacement buses during the closure.”

Shaun Thompson, Rail Director for Griffiths, said: “I am delighted our North Wales Rail Team has, once again, worked collaboratively with Network Rail to rebuild and reopen the Conwy Valley Line in time for the National Eisteddfod in Llanrwst.

“The works have been delivered in a safe and sustainable way. We have employed local people, utilised local suppliers and recycled over 90 per cent of the washout material.

“We would like to thank passengers and the local community for their patience during the works.”

Cllr Philip C Evans, Chair of the Conwy Valley Railway Partnership, said: “This is really excellent news which will be greatly welcomed by all rail users on the area.

“Network Rail, their professional staff and the contractors are to be congratulated on the magnificent job they have done to endure the line is open in good time for the Llanrwst Eisteddfod.”

Colin Lea, Customer Experience Director at Transport for Wales Rail Services said: “It’s fantastic news that the line is set to reopen after months of hard work by our partners in Network Rail and we are excited to be running services there again for our customers.

“The Conwy Valley line is an incredibly important part of our network so to lose it to flooding for four months has been a bitter blow.

“We are currently working on an extensive train plan for the National Eisteddfod to ensure transport to the event runs smoothly.”

To celebrate the re-opening of the line, Network Rail and Transport for Wales Rail Services are hosting a steam train trip on Saturday 3 August. Tickets for the train, which will run from Chester to Blaenau Ffestiniog, will be available for the public to purchase next week. Details on how to purchase tickets will be released soon.