Conwy Valley Rail Partnership beat off strong nationwide competition on a showcase night for the community rail movement, to win the Involving Children and Young People Award for their work to put the railways back into the heart of the communities they serve. 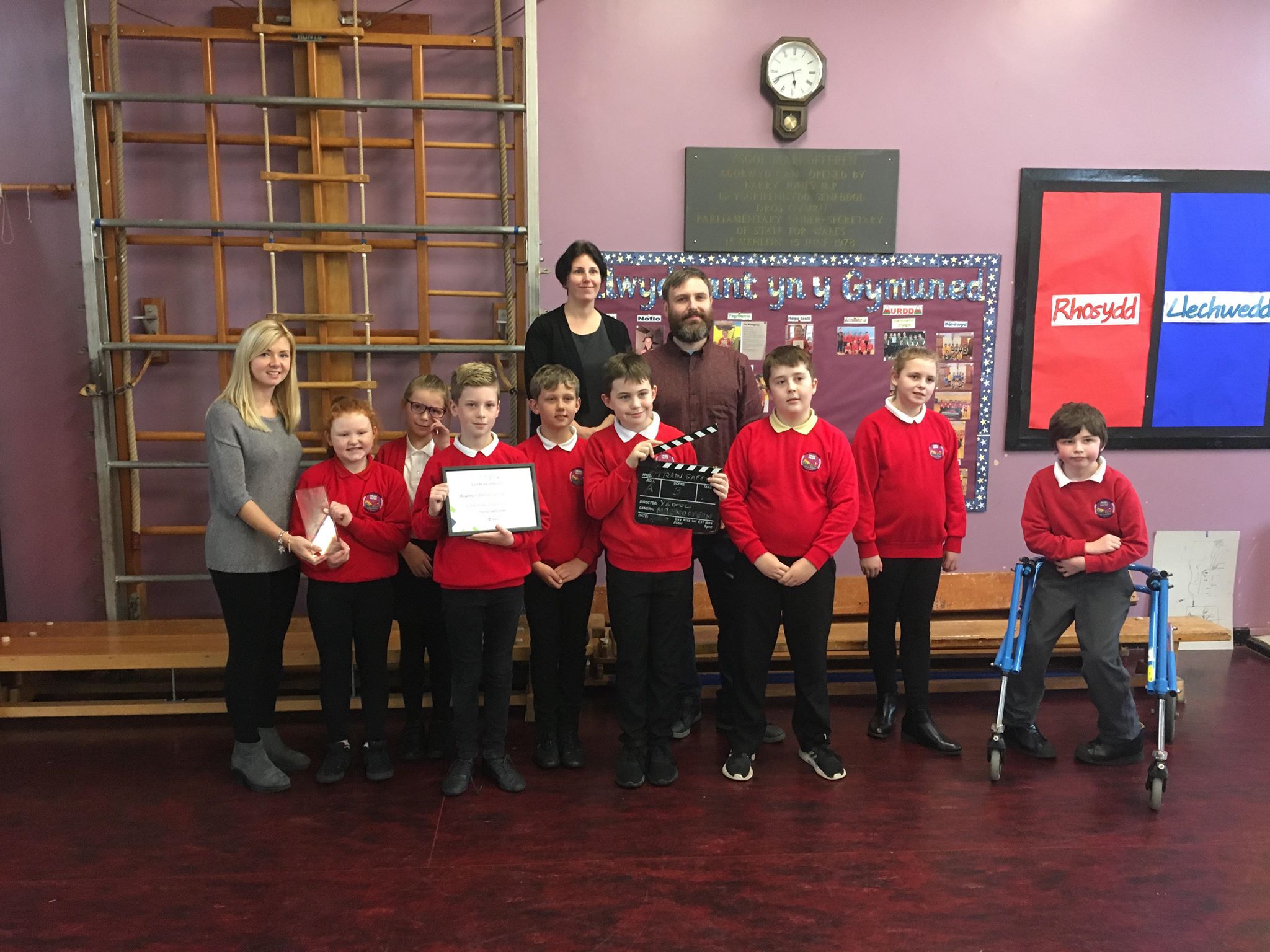 The award recognised the partnership’s work in creating and producing a rail safety film aimed at junior school children. The video was designed to be informative, educational, and practical in raising awareness of the dangers of the railway. (view the video at https://www.youtube.com/watch?v=_LnN4DDa3Ts)

Melanie Lawton, Community Rail Officer led the award winning project. The partnership teamed up with Arriva Trains Wales, Conwy Council, Network Rail and community arts charity TAPE to work with Ysgol Maenofferen in Blaenau Ffestiniog. Pupils taking part had the opportunity to talk on camera or act as director, with the bi-lingual film, in both English and Welsh, needing two presenters and a supporting cast.

The Community Rail Awards, now in its 14th year, recognises the important and often unsung work carried out by community rail partnerships, station friends and other community rail groups across the country. The awards shine a light and reward the breadth of important work happening across this grassroots movement, helping to share good practice, spread the word about community rail’s contribution to mobility, sustainability, prosperity and wellbeing, and encourage more people to get involved. 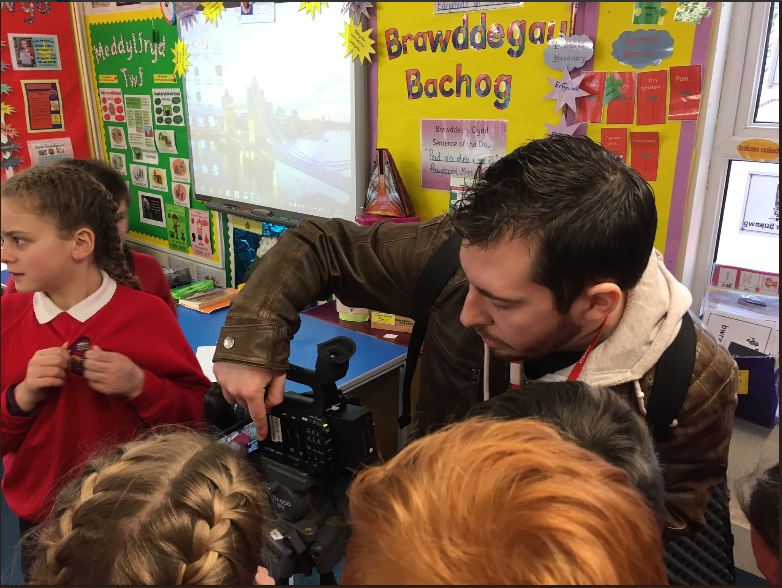 The Awards, headline sponsored by Abellio and ScotRail Alliance, were hosted by ACoRP chief executive Jools Townsend and managing director of ScotRail Alliance Alex Hynes. They were attended by 500 community rail officers, chairs, volunteers and partners, and senior government and rail industry figures. 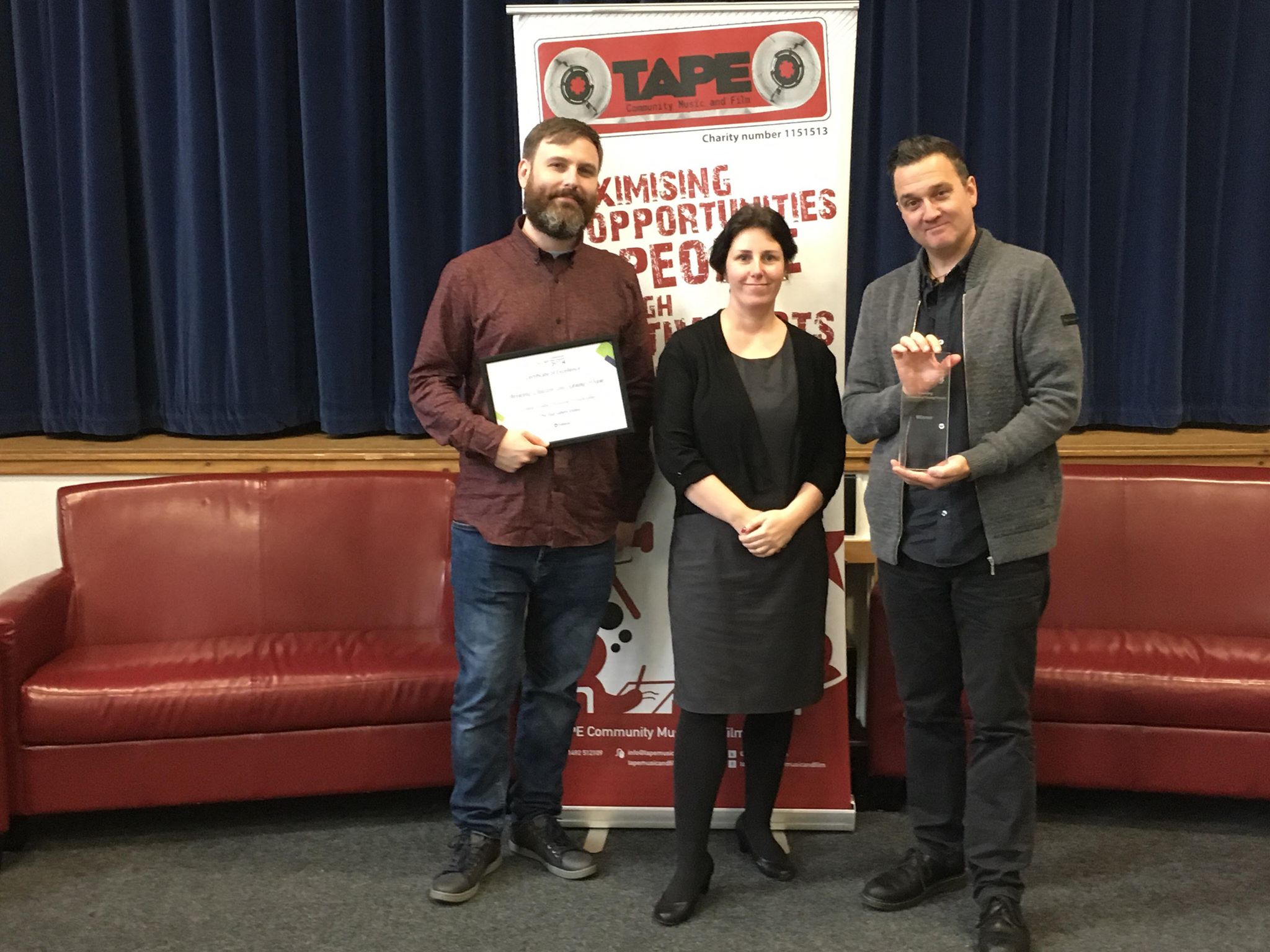 Jools Townsend, chief executive of the Association of Community Rail Partnerships, said: “Our congratulations go to Conwy Valley Rail Partnership for scooping a national Community Rail Award for engaging children and young people. These awards celebrate the passion and hard work of community rail partnerships and volunteers across Britain, who make up a growing grassroots movement, striving to make a difference to local people. Community rail work often goes unsung, but awareness and involvement is on the increase: this year a record 500 community rail representatives, and their rail industry and government partners, saw the Community Rail Awards presented at an inspiring ceremony in Glasgow. The efforts of Conwy Valley Rail Partnership, and all our winners, show how important community rail is, connecting local people with their railways, and building happier, more inclusive and sustainable communities.”

“The Conwy Valley Rail Partnership plays a part in enhancing links with the communities and businesses served along the route. The safety of people on and around the railway is our priority. Education is key, especially for young people and this video resource will play a key role in keeping children safe”

Community rail is all about ensuring communities get the most from their railways, and promoting rail as a key part of sustainable, healthy travel. There are more than 60 community rail partnerships around Britain, working at a grassroots level along railway routes to connect the community with the train operator and other local partners. They deliver a range of activities to engage and benefit local people and support the development of the railway. More than 1,300 smaller community rail groups, such as station friends, work locally, often involving volunteers in ensuring the station is a welcoming and productive hub for the community. Read about achievements in community rail.

For further details, images and comments, including to be put in touch with Conwy Valley Rail Partnership, contact Nik Schofield (Communications & Marketing Manager) on news@acorp.uk.com or 01484 548926 or 07376 124964.