Birds of the Conwy Estuary

From Deganwy, passengers on the Conwy Valley Railway follow the river up towards Snowdonia; at the river mouth, the broad Conwy Estuary links it with the Irish Sea. The rich flora and fauna of the area makes it a haven for a dazzling array of feathered friends. You don’t need to be a keen birder in a hide to see them either, you’ll spot plenty from the comfort of the train.

If you’d like to get a bit closer to nature, you can visit the RSPB Conwy Reserve – just get off the train at Llandudno Junction. This little oasis was created as compensation for the destruction of natural habitat during the construction of the A55 tunnel and is a great spot for bird watching in North Wales.

More than 220 species of birds have been sighted at the reserve and on the estuary but in this blog post we’re sharing a few that you might see from the train, along with their identifying marks.

How many will you spot?

There are two different types of egret on the Conwy Estuary – the Great White Egret and the Little Egret. If you’re lucky, you might see both.

The Great White Egret is a relatively rare sight in Britain, with as few as 35 recorded at RSPB Ham Wall in Somerset in recent years.

Luckily, these beautiful birds are on the increase and are becoming more common. Look out for a bird about the same size as a grey heron but with white plumage, black feet and a bright yellow bill.

The Little Egret is a lot more common and the Conwy Estuary attracts flocks of these gorgeous little birds. Resembling a small heron, they sport distinctive white plumes on their back, chest and head. The glamorous ensemble is completed with long black legs and dainty yellow feet. What a stylish bird this is!

You can see Little Egrets year round but their numbers increase during autumn and winter when they migrate from the continent.

The North Wales coast is an important stopover for these birds in the winter, so expect to see plenty of them during the colder months.

As the name suggests, these wading birds like to eat shellfish, including oysters, mussels, cockles and crabs. They prise the shells open with their strong, flat beaks, perfectly evolved for the job.

You’ll probably hear them before you see them – they’ve got an unmistakable ‘peep-ing’ call but keep an eye out for a black and white bird with a long red bill and pinky-red legs.

Along with the town-dwelling Jackdaw, the Oyster Catcher is something of an unofficial mascot for the town of Conwy, a testament to its liking for the estuary and surrounding area.

The Conwy Estuary is home to many species of duck, including the Pochard, Goldeneye, Teal and Gadwall, but the one to watch out for is the Shelduck – it thrives here!

The Shelduck is seen all year round and is larger than other ducks. In fact, it’s more like a cross between a goose and a duck. It’s mainly white with dark red patches on its body, and a dark head and neck.

Occasionally, something more exotic finds its way to our shores. In 2017, a Mandarin Duck, native to East Asia was spotted, causing a stir among local twitchers. Keep your eyes peeled!

Expect to see plenty of geese in and around the Conwy Estuary, especially the Canada Goose. They’re not native to the UK but have taken a liking to our temperate climate and can been seen in large, noisy flocks.

The Canada Goose is a very handsome creature; it’s the largest of the geese species with a black neck and head, white cheeks and tawny plumage. Be careful not to get too close – they can be aggressive! 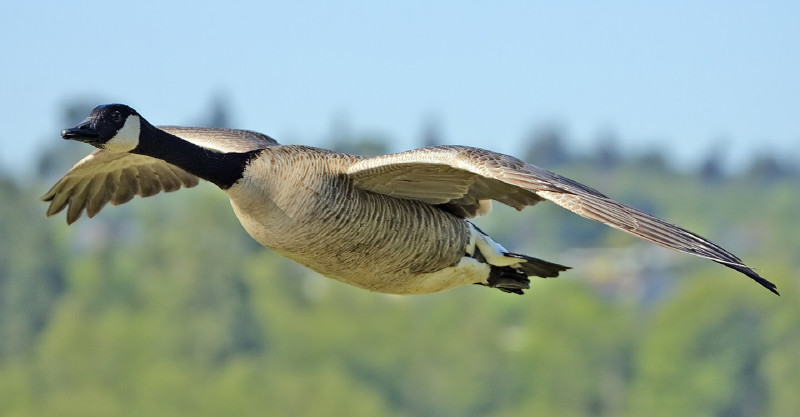 Easily one of the most familiar and distinctive of British birds, the Grey Heron loves the marshland of the Conwy Estuary. A solitary bird, it can often be seen standing completely still in the shallows, patiently hunting the fish that flit below the surface.

Around Conwy you’re most likely to see the Mute Swan, a native of the British Isles. It’s a large white bird with an s-shaped neck, short orange bill and a ‘black mask’. Although beautiful to behold, like geese, they can be aggressive so exercise caution if you encounter one.

During the winter you might also be lucky enough to see an Icelandic Whooper Swan (identified by its yellow and black bill) migrating from its home to warmer climes. 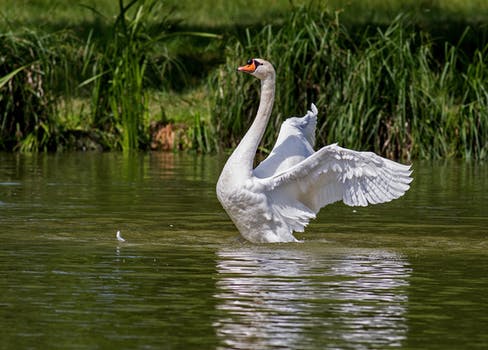 What will you see?

We’re always keen to hear from passengers, especially if you’ve spotted something a bit different! Share your wildlife photos and sightings with on Facebook or Twitter.