On a lovely sunny January morning I decided to head up to Llandudno and explore its iconic Great Orme from Betws Y Coed.

‘Llandudno’s mini mountain’ reaches out into the Irish sea rising to over 200 metres at it’s highest. It offers both accessible and more challenging walks up to 8 miles long (or further depending on detours!). There are easier ways to get to the summit, including a cable car, or ‘Britain’s only cable-hauled street Tramway’ as described by Visit Llandudno. There’s even a ‘land train’ which will take you around Marine Drive. But today was a perfect day for walking, so this was my adventure.. 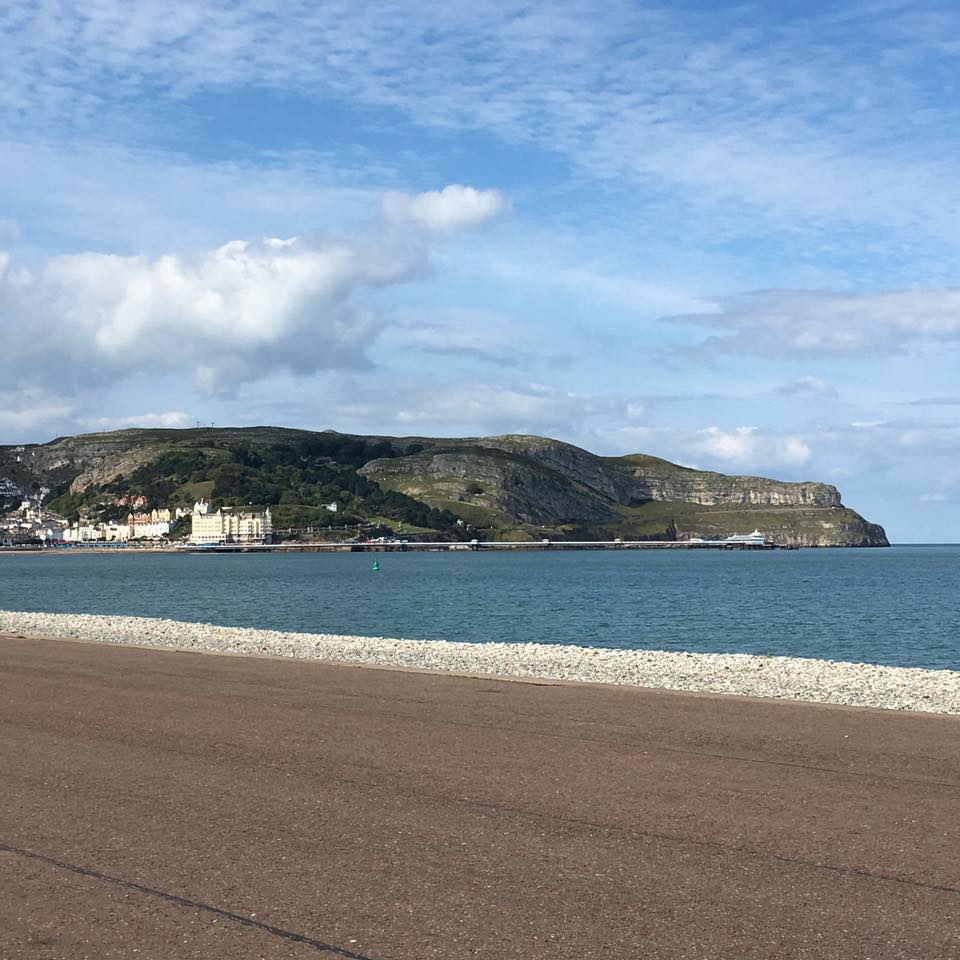 Leaving Llandudno station I headed straight on past the statue of Alice, one of the Alice in Wonderland Trail statues, you’ll see another one further along the route and out towards Llandudno’s wonderful prom and Victorian pier. I made my way towards the pier and once past the pier entrance headed off to the right and up the hill.

The path splits here and you can carry straight on or take the slightly steeper section towards the left which will take you to Happy Valley, well worth exploring if you have the time and a great place to relax on a sunny day with views across the bay. 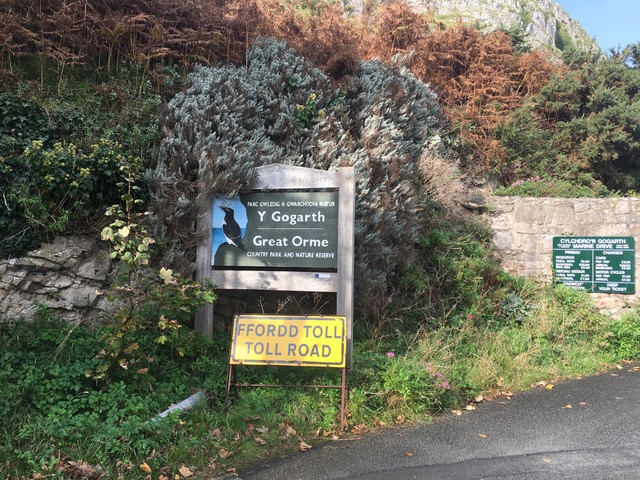 Either way, both of these paths will bring you to the toll house where you can pass through the arch and follow the route around Marine Drive.

Just past the toll house don’t forget to look to your right down towards the pier and across the bay all the way round to the Little Orme. On the left you’ll see some popular climbing crags (and maybe even some climbers).

Once through the toll gate this is a really easy path to follow. Marine Drive curves and climbs slightly around the edge of Orme. It can be a bit steep in places but plenty of benches to stop and enjoy the views out to sea for a while. Marine Drive is a toll road (there’s no charge for walkers) but cars were very few and far between today.

On a nice day with the blue sky and the calm sea you really could be anywhere in the world. I stopped for a while to enjoy the views across to Anglesey and just take it all in while there was nobody else around. Listening to the sea and enjoying the solitude, other than for a handful of Kashmiri mountain goats! There aren’t many places like this, which is so accessible to most people, where you can really experience the peacefulness that you can here.

I had been lucky enough to catch a glimpse of a seal and a pup on a previous visit. There have also been reports of bottle nose dolphins visible from the far end of the Orme. I’ll have to come back another day to see these!

Following the path there’s a fork in the road, to continue on Marine Drive keep to your right and follow the signs for the ‘Rest and be Thankful’ cafe. I called in here for breakfast and they were really friendly. Unfortunately, they only take cash (which I didn’t have on me!) so I couldn’t stay for food but a lovely place to stop for a breakfast bap or panini. Not too much of a crisis as I had planned ahead and packed some sandwiches and a little bit further on I found a lovey picnic area. You’ll need to go left just off the path to find it but it’s well signed.

You can carry on along the path from the picnic area up onto the top of the Orme and the summit cafe (the cakes here are huge!) and then follow the tramway back down but this is VERY steep!

I wanted to complete the circuit of the Orme so I headed back onto Marine Drive, enjoying views of Snowdonia and particularly the Carneddau mountain range across the estuary.

As I descended the view took me across to Conwy harbour and West Shore beach. This is a beautiful place to be, always nice and quiet on the beach and (even though it was quite chilly today) I couldn’t resist a paddle in the sea.

Immediately after the large grey converted toll house on the left I took the path through the gate and followed the footpath signs up onto the south side of Orme.  There is a short steep section here and be prepared for quite a few steps*. I was greeted here by another group of Kashmiri mountain goats who seemed equally as fascinated by me.

There is a zig-zag path on the left which again takes you up to the Great Orme summit cafe, or you can carry on as I did, through a gate and down into Haulfre Gardens.

Haulfre gardens were designed in the 1870’s by Henry Davis Pochin, founder of Bodnant Gardens. There are plenty of places here to sit and enjoy the gardens and even though most of the plants and flowers had died off for the winter it wasn’t difficult to imagine how stunning this place must be in the spring and summer when everything is in bloom.

Just past the gardens is Haulfre Tea Rooms which (although it’s shut today) looks like a beautiful place to stop for tea. Here you’ll also find another Alice Trail statue, Tweedledum and Tweedledee. (There are also public toilets here! )

Once past the tea rooms it was easy to spot St George’s Hotel and the North Shore in the distance, I headed towards these for a gradual descent to bring me back to where I started.

Arriving back in just under 4 hours gave me plenty of time for stroll along the longest pier in Wales and time to relax before heading back to the station.

This is a fantastic walk, although strenuous in places it is suitable for most people with a good level of fitness. There are endless options to explore depending on time and ability. I hope you enjoy it as much as I did.

Some areas are more challenging than others. If you follow Marine Drive all the way and then take Gloddaeth Avenue it’s accessible for wheelchairs and pushchairs all the way.

*To avoid the steps carry on a short way to the play area and then take a left and follow Gloddaeth Avenue. This will take you all the way back to the town centre, or a little bit further onto North Shore promenade. Take a right at Chapel Street to get back to the station.

The path is tarmac all the way round so my experience has taught me that trainers can be kinder to the feet than walking boots. I wore running trainers and even on quite a wet day the paths were fairly dry. However, if you take one of the routes up to the summit some of the paths are grassy and will be wetter (and potentially muddier).

Distance walked 8 miles which took around 4 hours with stops, leaving plenty of time to explore some of the other paths or event a detour to the summit. 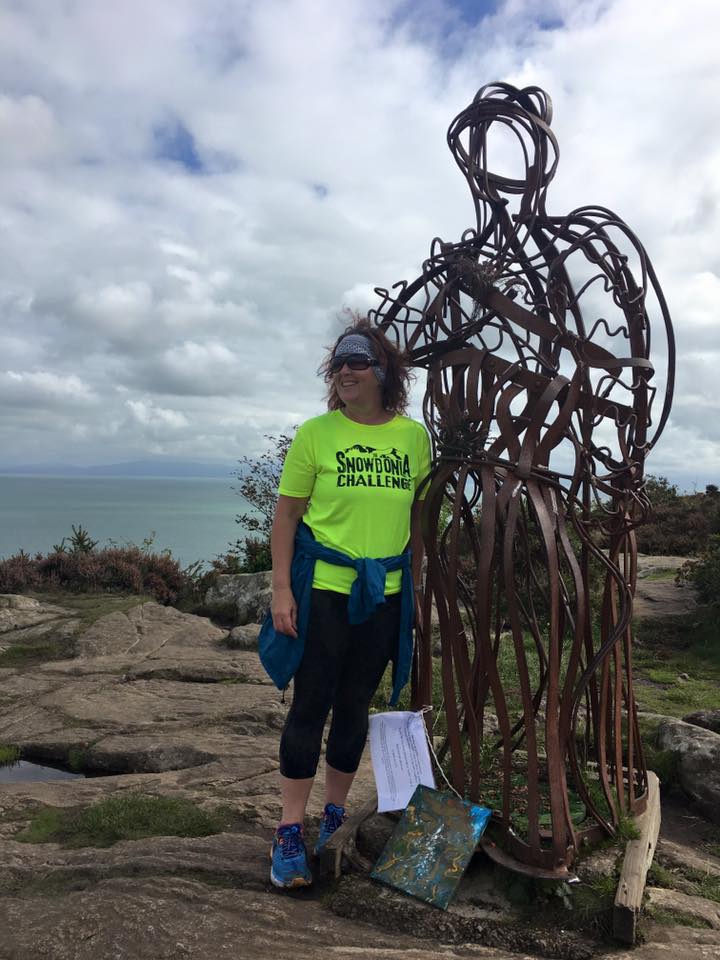