The Ghosts of Conwy Valley 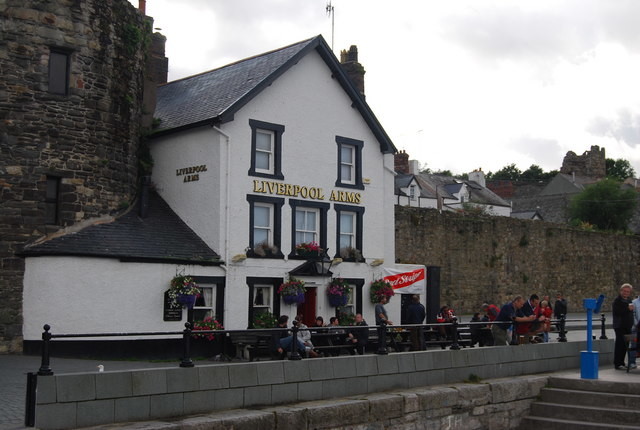 The towns and villages along the Conwy Valley Railway Line are rich in history and legends. There are castles and houses dating back hundreds of years; ancient churches, burial grounds and mines that have been part of the land since time immemorial.

It will come as no surprise, then, to learn that North Wales is a hot spot of paranormal activity. Whether or not you believe in things that go bump in the night, stories of menacing monks, pesky poltergeists and sad lost souls are fascinating even if you just love a good yarn.

If you’re taking a trip on the Conwy Valley Railway, here’s a few spine-tingling tales to raise the hairs on the back of your neck!

The ghosts of Gwydir

We start with Gwydir Castle, a fortified medieval manor house on the outskirts of Llanwrst, reputed to be one of the most haunted houses in Wales!

The site of Gwydir has been occupied since the 6th century but it really came into its own in the hands of the Wynn family – powerful Welsh aristocrats who found favour and influence with the Tudor monarchs. It’s now a privately-owned luxury guesthouse and residents and guests alike report many weird and wonderful goings-on!

This is not a new phenomenon, however. Paranormal activity has been recorded in the house since the 19th century, with all accounts consistent in what happens and where it happens.

The ghost of a young servant girl is said to haunt the North Wing. She is accompanied by a repulsive smell of putrefaction and a sudden drop in temperature. To make herself known, she will touch you on the shoulder!

The story goes that Sir John Wynn seduced a serving maid but when she fell pregnant he murdered her and interred her body in a wall. When the house was examined years later, a hollowed out space in the wall was found – exactly where the putrid smell is most potent!

Crying children have been heard in the building when there are no children present, the castle has a resident ghost dog (the current owners dug up a dog’s skeleton in the cellar during renovations) and there are even reports of a torch-lit procession across the lawn.

But, please don’t be put off, Gwydir Castle is a wonderful place to visit. The house and Grade I listed gardens are a magnificent example of Tudor artistry and it occupies a picturesque spot just 3 miles outside Llanrwst. It is open to the public between March and October. Entry is free.

You won’t be surprised to learn that Sir John gets around a bit and his ghostly legacy extends far beyond the walls of Gwydir.

He is said to haunt Swallow Falls, a popular tourist attraction in Betws-y-Coed. Intrepid investigators from the Dark Arts Paranormal team recently did some filming at the waterfall and claim to have footage of a man walking near the falls. They believe it is Sir John Wynn. According to legend, his spirit was trapped here to ‘forever be purged, purified and spat on by the waters for the evil deeds committed by him in his days of nature’.

Not convinced? Judge for yourself and watch the footage here.

But Swallow Falls isn’t the only haunted location in Betws-y-Coed.

The Anna Davies countrywear store in the town centre and the adjoining Royal Oak Hotel claim to have experienced ghostly sightings and mischievous poltergeist activity since the 1960s.

A few years ago, the owner of Anna Davies had a shoe thrown at him in the store room, which echoes an incident experienced by his mother-in-law in 1956! Living above the shop, she also witnessed doors slamming, objects moving and items disappearing on a regular basis.

In the Royal Oak Hotel next door, a cloaked lady and a nun have been spotted, TVs turn themselves on and off at will, and numerous ghostly figures are said to haunt the halls. Perhaps they are guests of days-gone-by who had such a good time, they can’t keep away – even in the afterlife!

Conwy Castle, site of bloody battles and cruel subjugation, has a few tales of its own to tell. Before the castle was built Aberconwy Abbey occupied a site nearby. Edward I transferred the monks to Maenan Abbey to make way for his stronghold but it seems a few residents were unwilling to leave. There are reports of two hooded figures, possibly monks, appearing in the castle. They hover motionless, seemingly floating in the air, and have neither feet nor facial features.

Most recently, a disembodied voice has been spooking visitors to the castle. The Dark Arts Paranormal team recorded an EVP (Electronic Voice Phenomenon) of a little girl uttering the words “don’t tell them” – listen for yourself and see if you can make it out.

In the centre of Conwy stands Plas Mawr, a magnificent Elizabethan town house. It was the home of Robert Wynn and his family, wealthy merchants and relatives of the Gwydir Wynns. The story goes that Robert’s pregnant wife, Dorothy, and young son were awaiting his return and that each evening they made the trip to the uppermost tower to see if they could spy their lord returning.

One tragic evening, Dorothy lost her footing on the stairwell and she and her son fell and seriously injured themselves. The household summoned the family doctor but were disconcerted by the arrival of a strange, young doctor who told them his master had been called away urgently. The young doctor quickly realised he was out of his depth; the injuries were far beyond his limited skills. But the household refused to let him leave and locked the young doctor in the room with Dorothy, her unborn child and infant son.

Sadly, the Wynns died and the doctor, in fear of his life, fled into the chimney to hide from the master of the house. When Robert returned he was grief-stricken and vowed to take revenge on the young doctor who had failed him so badly. He searched the house from top to bottom but no trace was found of the doctor. It is thought he hid and perished in the complex network of chimneys that criss-cross Plas Mawr.

Visitors to the house report banging noises from above (the doctor trying to escape his sooty prison?), footsteps, misty faces at the window and a strong smell of tobacco. Enter the Great Hall and Robert Wynn may even greet you with a ghostly “hello”.

Conwy Quay is the site of some strange goings-on too. The Smallest House in Britain smells strongly of salt water and fish when it is opened up in the morning. Unsurprisingly, it was the home of a fisherman – his cheeky spirit’s been known to tease visitors and pull their clothes too.

A few doors down, the Liverpool Arms pub isn’t just home to spirits of the alcoholic variety, but ghostly ones too. It’s haunted by a man with a small child on his shoulders – a former landlord of the pub whose son drowned in the river in the 1930s. A sinister monk is sometimes spotted behind the building; it is believed to signal the death of someone connected to the pub. 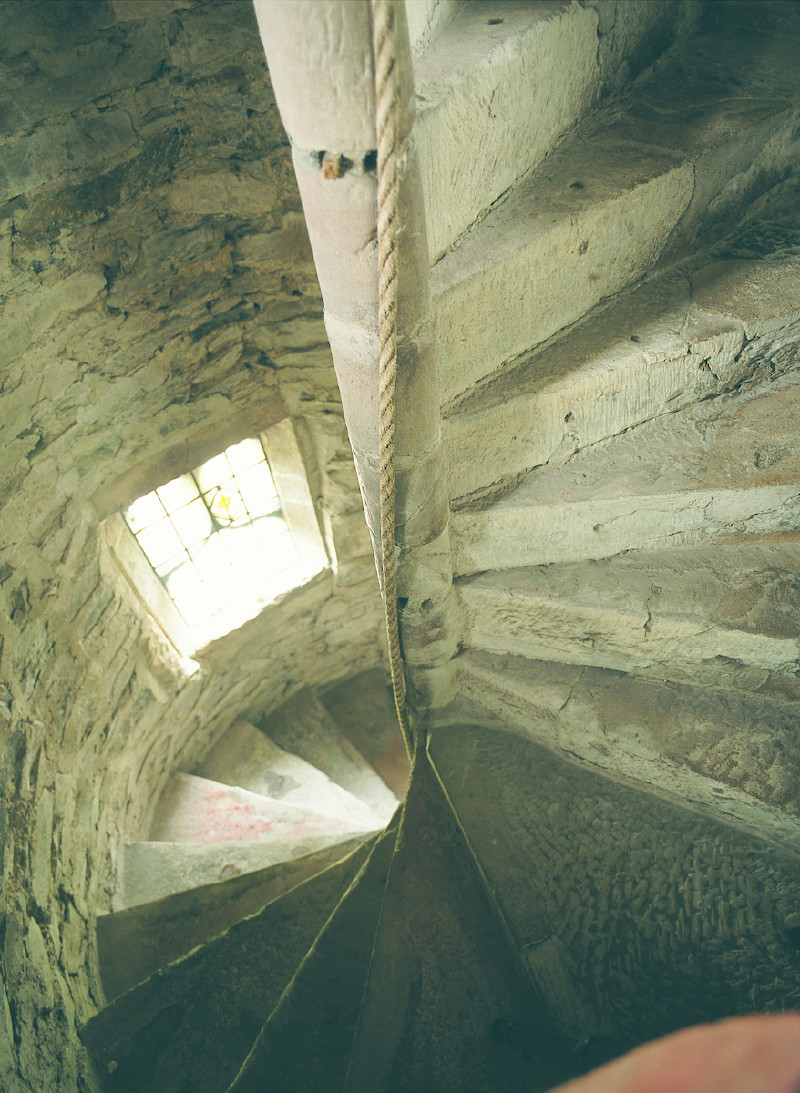 If you have any spooky tales of the Conwy Valley, we’d love to hear them. Meanwhile, don’t have nightmares!