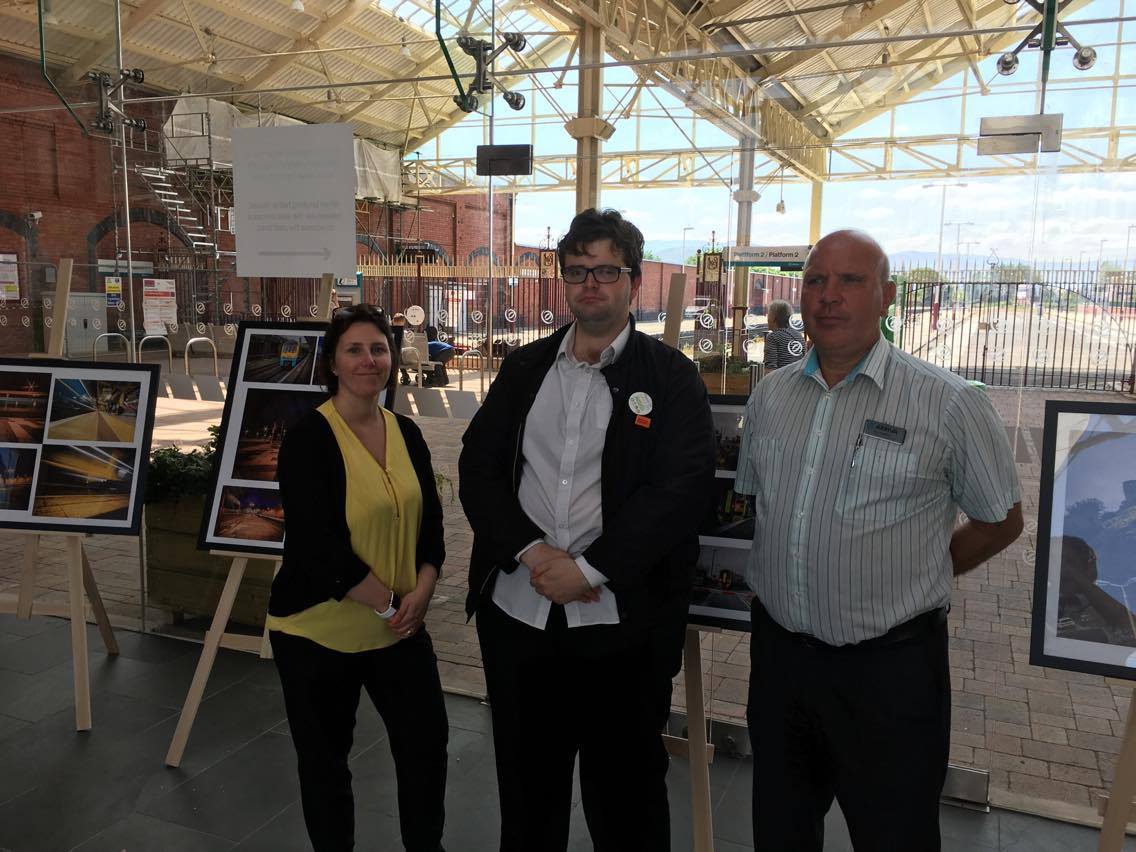 Robert Mann, who has Asperger syndrome, has struggled for many years to feel able to leave his home on his own, yet alone travel on a train.

But thanks to the unwaving support  of his family and support workers and Arriva Trains Wales’ Confident Traveller Programme, he is now a regular face on the North Wales coast, combining his love of trains with his budding skills as  a photographer. Appointed as the train operator’s Confident Traveller Ambassador, 30-year-old Robert launched a showcase of his work at Llandudno station on Thursday (25th May).

“His confidence has really developed in recent years,” said his dad Dave Mann.

“He loves taking photos and it’s been great for him to work on this project over the last couple of years.

“As part of the ambassador role he’s now going into colleges to talk to others who may  suffer from confidence  issues, teaching them coping strategies for travelling on the railway.” 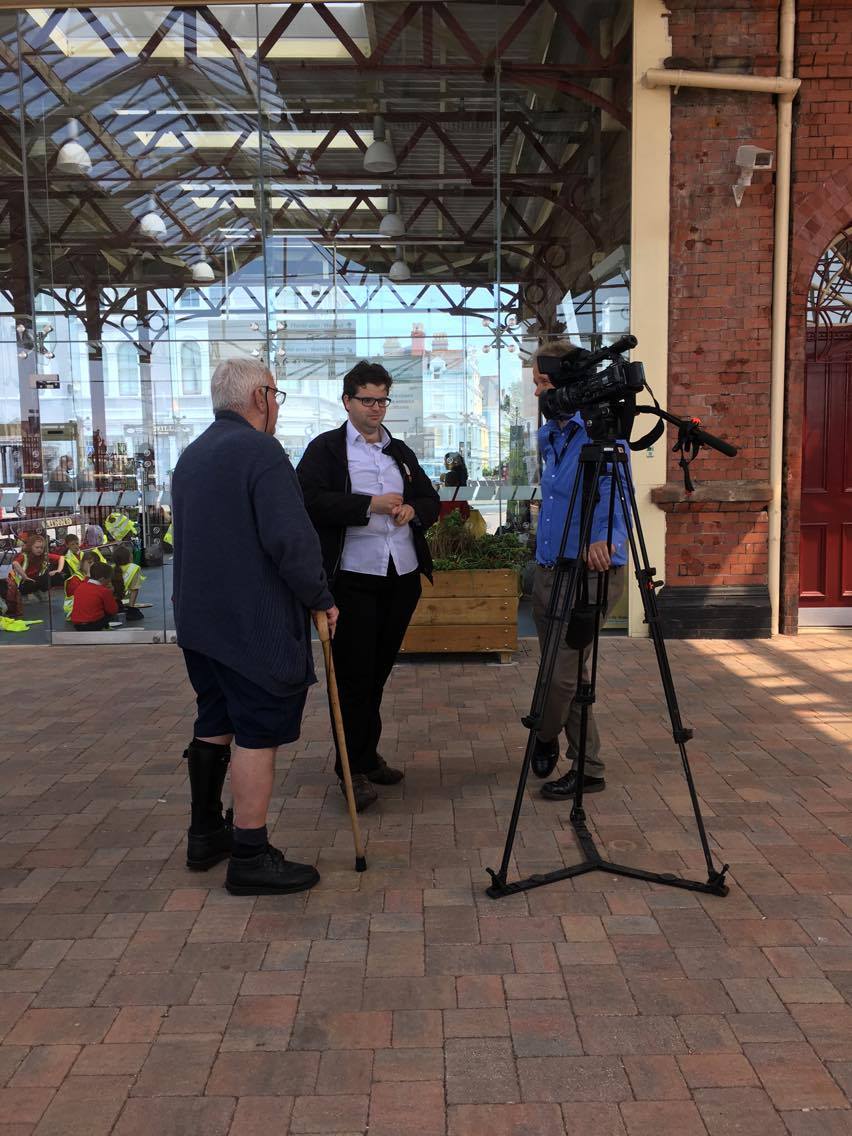 A key part  of the Confident Traveller Project is the Orange Wallet scheme, delivered in partnership with the Welsh Government, local authorities and other transport providers.

The scheme allows public transport users young or old to communicate with staff in a non verbal way if they lack the confidence or wish to convey any sensative and/or personal information.

Melanie Lawton, Conwy Valley Railway Officer said “we are very pleased to welcome and support Robert Mann to Llandudno Station.  The photographs are a testament to his skill and confidence to travel along the railways using his orange wallet”

Phil Caldwell, who leads the project for Arriva Trains Wales said: “We met Robert and saw his autism badge so asked him if he knew about the Orange Wallet Scheme. He showed us he already had  one and it went from there. Robert is a fantastic ambassador and is helping people have that confidence to use the trains.”

Steve Swindon from Community Arts Charity TAPE has also worked with Robert on his photogtraphy  and on filmmaking projects. He said: “We talked to Arriva and there was a natural link to the Confident Traveller programme. “For people with anxiety getting on a train the added support is fantastic and really improtant in helping them to be independent.”

Thank you to ITV Wales Reporter Ian Lang for the attached news report.