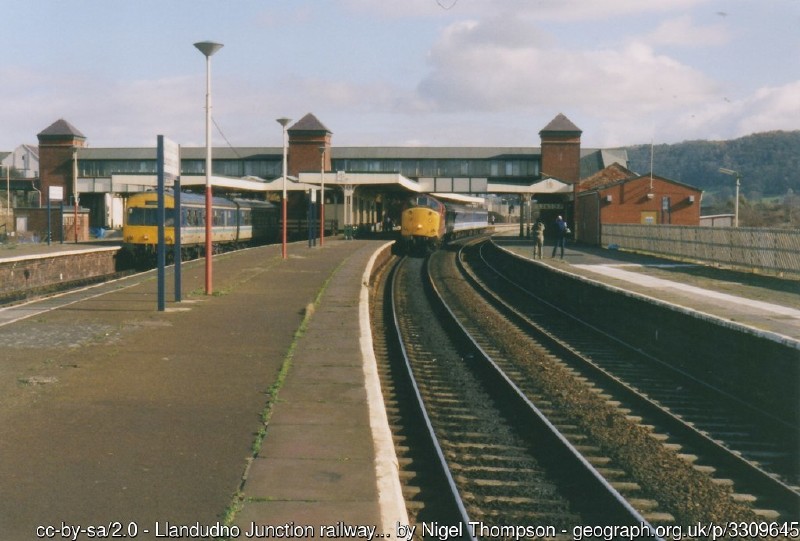 In our regular Station Spotlight blog series, we take a closer look at each stop on the Conwy Valley Railway. As well as sharing station history with our readers, the blogs give you some suggestions of things to see and do if you decide to get off and explore.

There are thirteen stops on the line but only one train, so if you decide to hop off you’ll have a few hours to kill before climbing aboard again but, don’t worry, we’ll keep you busy!

This time we’re putting the spotlight on Llandudno Junction – the busiest station in North Wales and the only mainline station on the Conwy Valley Railway.

The original station, built to the west of the current station, was opened in October 1858 and constructed by the St George’s Harbour & Railway Company.

Originally, Llandudno Junction only served the branch line to Llandudno but in 1863, a second branch line was opened from the station – the Conwy Valley line.

When it first opened, the Conwy Valley line had it’s own platform and refreshment room but as the station became busier Llandudno Junction needed to expand to cope with the huge increase in tourist traffic.

In 1897, the station we see today opened; it had two island platforms and six through lines serving North Wales and beyond.

Llandudno Junction through the years

The small town of Llandudno Junction was once known as Tremarl, and unlike many towns that had a train station built for them, the town grew up around the station.

There was a large steam train servicing depot and many goods warehouses serving the surrounding area. Llandudno Junction was the industrial heartland of Llandudno and it supplied many of the goods and services visitors enjoyed on a trip to the coast.

Junction today is still a commercial district but the train-related industries that made it great are long gone. A surviving relic is the quirky trackside Fyffes banana warehouse, now an antiques showroom. Apparently, curious (not to mention poisonous) spiders from the banana deliveries sometimes found their way into town!

The building opposite the station, the Old Station Hotel, goes by the gruesome nickname ‘the Killer’. Locals will tell you it’s where the train drivers would get drunk before driving their trains, turning them into potential killers. Today it’s still a hotel, with bar-restaurant serving great value meals and drinks, but with no sign of drunken train drivers!

In and around Llandudno Junction

Llandudno Junction town centre has a small selection of private shops and some good cafes, including trendy coffee shop Providero and the famous Enoch’s Fish & Chips, but if you’ve got a few hours before your return train, there are several attractions within easy reach of the station too.

There’s a nine-screen multiplex Cineworld cinema and numerous big-name fast food eateries a short walk from the station or, if you prefer it a bit quieter, the beautiful RSPB Conwy Nature Reserve is close by too. With gorgeous views of the Conwy Estuary and more bird life than you can shake your binoculars at, it’s a lovely place to walk, relax and take some photos. Afterwards, have a bite to eat in the reserve’s cafe – complete with panoramic views across the fens.

Of course, Junction’s close proximity to the historic town of Conwy means you’ll probably want to explore this famous medieval settlement. You can walk across the road bridge and enjoy views up and down the estuary or catch a train for the very short short journey, crossing the river adjacent to Thomas Telford’s stunning suspension bridge.

Conwy Castle, Plas Mawr, Aberconwy House, the Smallest House, the town walls, Conwy Quay – there’s no shortage of fascinating historic buildings to explore in Conwy. We won’t cover them in detail here but why not take a look at our blog on a day out in Conwy for inspiration? Click here  to read it.

Finish your visit to Conwy the quintessential tourist way – with a pint and a bag of chips on the quay! 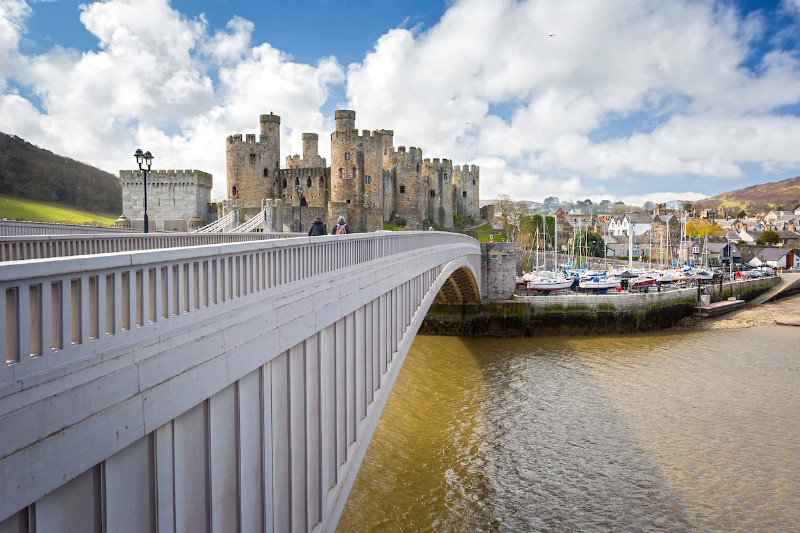