Valley railway station serves the village of Valley in Anglesey with regular Transport for Wales services operating on the North Wales Coast Line. Since stopping at Llanfair PG, the train has crossed almost the entire length of Anglesey and this is the last station stop before it reaches the terminus at Holyhead.

Opened in 1849, the station consisted of a small goods yard for livestock and a siding for the nearby corn mill. Further improvements in the nineteenth century included an extension to the station buildings and lengthening of the platforms. In 1962, transfer sidings were installed near the station for the dispatch by rail of spent fuel from the now decommissioned Wylfa Nuclear Power Station.

Like many small stations in Wales, Valley was a victim of the Beeching cuts of the 1960s. However, thanks to a sustained lobbying campaign from local residents, it reopened in the 1980s. 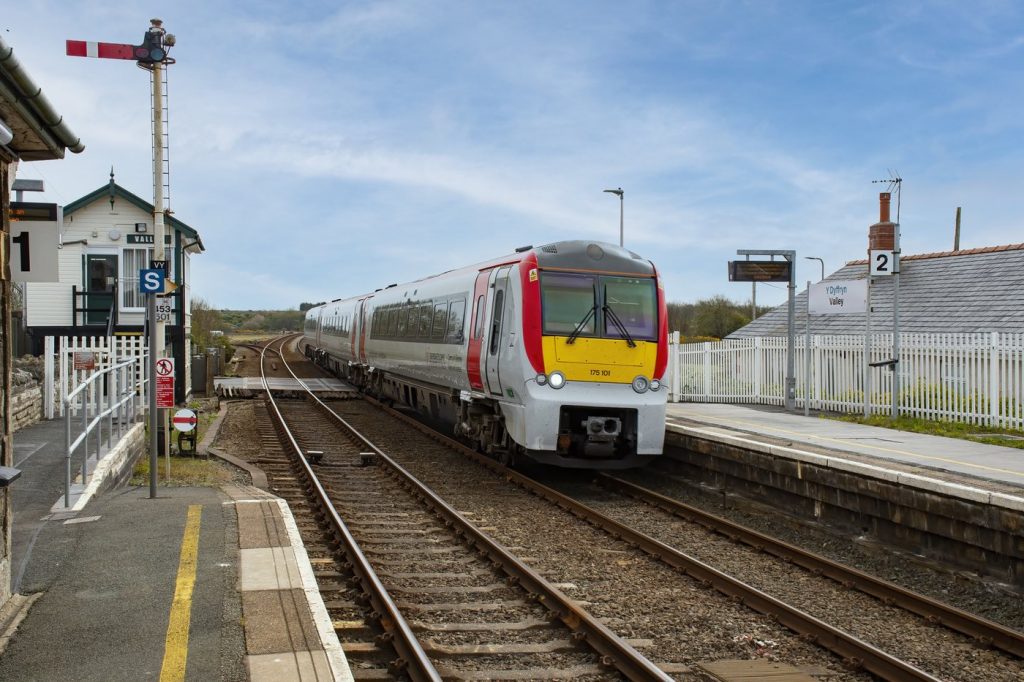