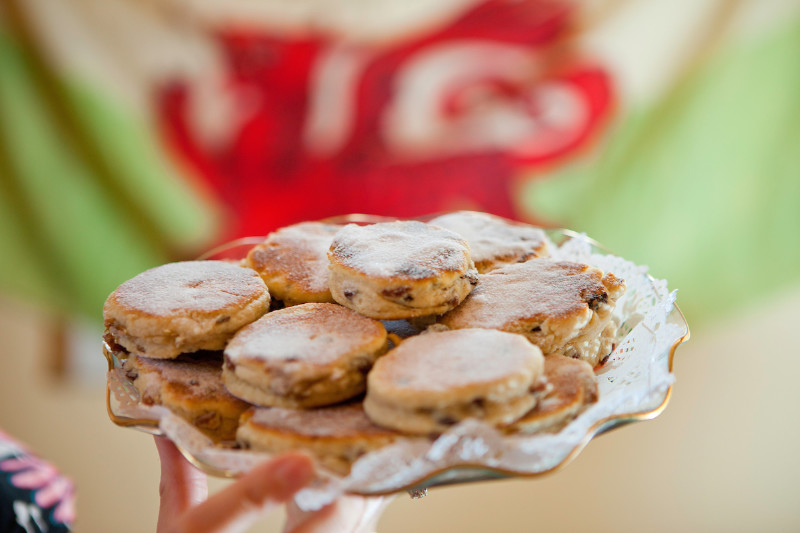 Wales is a country that clings tightly to its culture and traditions. It’s a country rich with history, myths and legends, and music, literature and poetry. Yes, many nations have as rich a cultural heritage as Wales but for us Welsh, it holds a particularly special place in our hearts.

There’s a Welsh word – hiraeth – and it loosely translates as ‘having a love for our land and everything in it, past and present’. We think that’s why we love to celebrate and share our culture; it brings the Wales of our youth – of our hearts – close to us again.

This time of year, in particular, is extra special for the Welsh. The 1st of March marks St David’s Day or Dydd Gwyl Dewi Sant. David is the patron saint of Wales, a 6th century bishop thought to be the grandson of the king of Ceredigion.

David is credited with establishing Christianity in Wales and is associated with learning and kindness to others. On St David’s Day school children are encouraged to mimic David’s kindness by doing their own small acts, such as helping wash the dishes or tidying their rooms.

Like all good saints, David made more than his fair share of miracles. One of the best-known happened at Llandewi Brefi in mid-Wales, when a small hill rose on the spot he was preaching – as if Wales needed more hills!

Another, more gruesome, is the miracle of the corpse-candles. David prayed that his people would have forewarning of their death so they could prepare for the afterlife and God granted his wish. The people of Wales ‘would be forewarned by the dim light of mysterious tapers when and where the death might be expected.’ Legend has it, a corpse candle – a glowing light or ball of flame – appears close to the home of the soon-to-be-deceased.

Today, towns, villages and schools across Wales celebrate St David’s Day with parades in traditional costume and the wearing of Wales’ national emblems: the daffodil (for females) and the leek (for males).

Let’s continue our theme of culture and tradition in honour of St David by taking a closer look at some of the most popular Welsh traditions.

These are wooden spoons with intricate designs carved into them. The designs all have special meanings and are meant to convey a message to the recipient.

Traditionally, love spoons were carved by young men and presented to the women they loved as a token of their affection. The wooden spoons also signified that they were skilled and capable with their hands, in other words, good husband material!

Different carvings have different meanings – bells are a symbol of weddings and anniversaries, crosses show faith, hearts show love, and so on.

The national flag we associate with Wales wasn’t officially unrolled until 1959.

The dragon came about because of an Arthurian legend – Merlin had a vision of a red dragon (the Welsh) fighting with a white dragon (the Saxons). Naturally, the red dragon triumphed and banished the invaders from our land.

The green and white of the flag are a reference to the House of Tudor, 15th century Welsh nobility whose descendants went on to become the rulers of England – yes, Henry VIII had Welsh ancestors!

The link between leeks and Wales is a little bit obscure, and no one is exactly sure how they came to be our emblem. The most common explanation is that, in the days before uniforms, Welsh soldiers would wear a leek to distinguish them from their enemies on the battlefield.

There is evidence that Cadwaladr, 7th century king of Gywnedd, ordered his men to wear a leek in battle and Shakespeare makes reference to it in his play Henry V:

“the Welshmen did good service in a
garden where leeks did grow, wearing leeks in their
Monmouth caps; which, your majesty know, to this
hour is an honourable badge of the service; and I do
believe your majesty takes no scorn to wear the leek
upon Saint Tavy’s day.“

How daffodils came to be a symbol of Wales is even more odd. It’s possibly because the Welsh word for leek, cennyn, and the Welsh word for daffodil, cenhinen pedr, are very similar and somewhere along the line someone got confused! 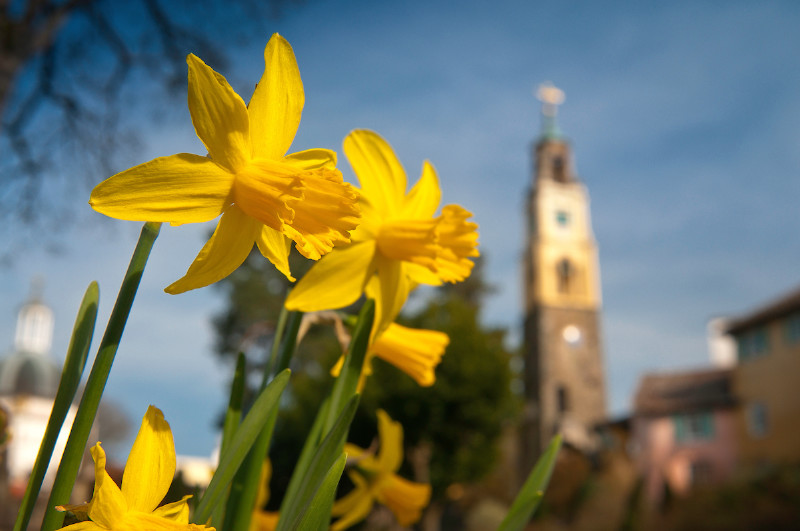 Wales is a nation with a proud gastronomic heritage but were known for having a bit of a sweet tooth! It comes as no surprise, then, that two of our best-loved national delicacies are sweet treats: welsh cakes and bara brith.

Despite the name, Welsh cakes fall somewhere between a cake and a scone, and are traditionally cooked on a griddle or hot stone. Bara brith literally translates as ‘speckled bread’, and is a spiced fruit bread flavoured with tea.

Both are made from ingredients that lowly mining families would have readily available in the pantry – dried fruit, tea, lard, milk and eggs.

Today, Welsh cakes and bara brith make a perfect tea time treat and feature on many tea room menus across Wales (if you’re peckish, here’s a blog about the best places to take afternoon tea [hyperlink to afternoon tea blog]). Like the Cornish pasty, they were the perfect calorific snack for hungry miners and just the right size for slipping into a pocket to eat later in the working day.

Wales is also a nation of artists: poetry, storytelling, musicmaking and theatrics among others. The arts are, quite simply, part of our DNA!

We celebrate our love of the arts with eisteddfods – festivals of poetry, literature and performance with a Welsh flavour. This no new fad either. The first eisteddfod took place in the 12th century when Rhys ap Gruffydd held a meeting of Welsh artists at his court in Ceredigion.

We have several types of eisteddfods, ranging from those dedicated to young people (the Urdd Eistedffod) to those that invite participants on a global scale (held annually in Llangollen). The most famous is the National Eisteddfod of Wales, held every August. The venue alternates annually between North and South Wales and it is the biggest competitive music and poetry festival in Europe.

This year the National Eisteddfod is taking place on Anglesey so, along with a trip on the Conwy Valley Railway, you’ve got not one but two great reasons to visit North Wales in 2017!